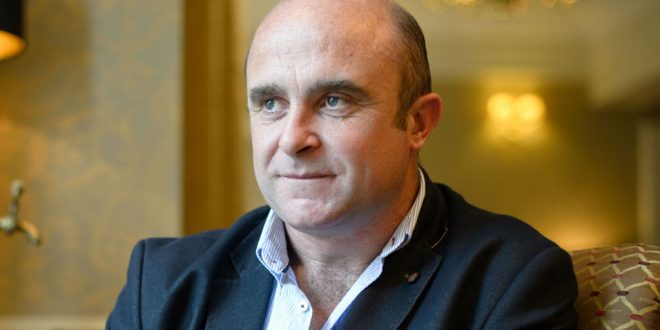 Dancing into the light

It has been three years since Ballynacally resident Pascal Kenny found himself in a very dark place but having sought out Pieta House, he said the welcome he received has led him to a place where he is now medication free after 20 months.

“I struggled for many years with my mental health, mainly in the form of depression and anxiety. I was on medication and I had been treated by the mental health services for many years. I continued to do the best I could at the time and it was a huge challenge. There were times when things were a little bit better and there were times when things were really bad. When I visited Pieta House three years ago, the light had gone out in my head,” he said.

Pascal said he doesn’t remember getting to Pieta House, he just remembers not being able to find it.

“The hope I had was to find it. I was just about to give up altogether, when I found Pieta House. The welcome I got is a welcome I will never forget. It was a simple greeting. It was a cup of tea and it was a chat. There was nothing else attached to it.

“For the very first time in a long time someone said to me ‘How are you?’ It was the first time I felt I was seen, rather than being medicated and sent home. I was actually being seen as a person,” he said.

Pascal asked them to help and he entered into a programme that Pieta runs and used their services.

“I was very moved and touched by the level of care and the intention they had to support me in my difficult time. My whole experience in Pieta was incredible. It encouraged me to go back to college and become a therapist. I’m medication free. I’m off all medication for 20 months and I’m doing really well. I have some bad days. I have some really bad days but I have so many tools now to counteract the bad days,” he said.

When Pascal left Pieta House, he had built up a great sense of courage and had a great acceptance around his personal issues but he knew those issues would come back to visit him from time to time.

“I needed something to counteract it and I found a love for social dancing. I didn’t know how to dance at the time so I went away and I learned to dance. The instructor said to me, when I phoned him saying I wanted to learn to dance, ‘The first step you’re going to learn is the door step’. I said, ‘what’s that dance?’ and he said it was coming in the door. So straight away there was a sense of humour in it, which was wonderful. I tried it and I loved it. I’d dance seven nights a week if I could. It’s not that I’m good at it, it’s just that I love doing it and I like to think I’m good,” he said.

Pascal said it became a great way to counteract the bad days when they came back. He said it really became a positive outlet and he said, effectively, he would dance his troubles away.

“ I travel all over the country and I have a great circle of friends. It’s very encouraging and there is a great social aspect to it. I’ve danced for the last 18 months and I absolutely love it,” he said.

It was this joy for dancing that made him consider holding a fundraiser for Pieta House that celebrates his new-found interest.

“I decided to hold a social dance because I love dancing so much. It revolved around me giving something back to Pieta House. It is three years since I was in Pieta House and it has taken me this length of time to finally give something back. Even when I reflect on the past three years, there have been parts of those three years have been really good to me. I’ve had really happy times, really satisfying times and I’ve come a long way on my journey. It’s an ever-lasting journey but I can thankfully say now things are much better from what they were,” he said.

The social tea dance fundraiser in aid of Pieta House takes place in the West County Hotel in Ennis on Friday, May 26 from 8.30pm and music is being provided by Frank Nash.

“It will be a social gathering, a really fun night and a space for everyone to get together to highlight and increase awareness of the challenges experienced by people in today’s society,” Pascal said.

The event is not just about dancing and he hopes that people will take the first step, the door step, and pop in to support the charity and those who use its services.

“It’s a social gathering. People who don’t want to dance are more than welcome. They can come in have a cup of tea or a cup of coffee and meet people in similar situations that have been affected by suicide or maybe themselves may have felt suicidal or have dealt with mental health issues and haven’t found the courage to speak out about it,” he said.

The County Longford man, who moved to Clare in 2009, said his desire to give back to society extends further than this fundraiser and it is his intention to help others who have gone through similar experiences.

“I’m studying psychotherapy and counselling, so it’s my wish and my vision to become a therapist and one day to work alongside Pieta House. It is my full intention to give back to those who helped me and the more challenged people in society. I’ve one year of a four-year course done. I love it. I eat and sleep it. When I apply my own life story to what I’m learning now, there is a lot of similarities. I’ve a deep insight into what people experience. While what people are experiencing are similar, they are never the same,” he said.

Pascal also intends to learn sign language which, once he is qualified as a therapist, will allow him to help all members of society and not just those who can speak and hear.

“Everyone is equal in society and just because someone has a disability, does not mean they should go unheard,” he said.

Pascal said he hopes by going public with his story that it will allow him to take down the barriers and he believes by talking about it, that will make a difference. He said there is a phrase he always relies on in times of need.

“It is ok not to be ok. There are times when I feel I’m not ok. There’s no need to do this alone or to be on your own. There is hope and there is light. There is help out there and it just really helps to talk. Sometimes it takes a couple of words to initiate a conversation, something as simple as ‘how are you’, ‘what’s going on with you’, or ‘do you want to have a coffee’. It can be just as simple as that and someone might be bursting to talk. It’s not about telling someone what to do but it’s about being present for someone without judgement and that is hugely important.”

He said through the support he received from Pieta House, he now has the ability to speak out.

“I have the ability to reach out. I can identify if tough times are coming. I can call on my friends and I can go dancing. Pieta helped me discover that I was in fact a human, that I had feelings and that I was just going through a difficult patch and that by helping myself, I could become well again. I have become well. I feel I’ve come a really long way and I’m so proud of how far I’ve come from where I was. My family and friends are a huge support, they have been behind me from the start. It’s something I place huge value on and I know it wouldn’t have been possible without their help and a little encouragement really does go a long way,” he concluded.

Pascal Kenny found himself in a very dark place but having sought out Pieta House, he said the welcome he received has led him to a place where he is now medication free.
Previous Ennis in pursuit of Texas twin
Next Shannon food court outlets to close