The members of the 31st Dáil will take up their seats in Dáil Éireann on March 9 and among them are two East Clare deputies.

Labour’s Michael McNamara from Scariff and Fianna Fáil’s Timmy Dooley from Mountshannon will be sitting on opposite sides of the House next Wednesday after they fought a successful election campaign in Clare.
Mr McNamara described himself as “the underdog” just two weeks before polling day but emerged victorious, taking the second-highest number of first-preference votes, electing him alongside Deputy Pat Breen on the 11th count.
The Labour candidate took 8,572 first-preference votes, putting him 1,783 votes ahead of Timmy Dooley, who was elected to the fourth seat without meeting the quota on the 12th count.
“It’s great to have the three biggest parties in the Dáil represented in Clare and also I’m very happy and would like to congratulate the sitting TDs who have been re-elected and most particularly my neighbour, Timmy Dooley. If you run for election, you are running for a seat. No one goes to get someone else’s seat. One of the fears in this election would have been that the East Clare vote could have been so diluted as to maybe result in neither of us getting a seat. Luckily, that didn’t come to pass and naturally I am delighted with that result,” Mr McNamara stated.
Having reached a total of 11,021 votes by count 12, Deputy Dooley was deemed elected without reaching the necessary quota of 11,584 votes but it put him in a comfortable position to secure the final seat as Independent James Breen was eliminated on 9,520 votes.
“Clearly I am delighted and relieved to be re-elected. I would like to recognise all those who voted for me and the tremendous effort put in by the Fianna Fáil organisation in Clare, by my family and friends without whom it would have been extremely difficult, against such a tidal wave of opposition to the Fianna Fáil brand,” Deputy Dooley said.
“I am also delighted for Michael McNamara on his tremendous success. It is a considerable feat to have two TDs representing County Clare that were effectively, from where we were born, three and four miles apart. The eastern side of the county has been without a TD since Dr Bill Loughnane’s passing in 1982 and we managed to turn that around in 2007 and now we have gone one better. I certainly can’t ever recall two serving TDs in East Clare,” he continued.
“As elected representatives, it is our role to serve the entire county of Clare and I’ve done that to the best of my ability in the past and it is my intention to continue with that level of service across the county. I will be restarting my round of clinics in the coming weeks. My constituency offices in Scariff and Ennis are open and active and I look forward to returning to covering the length and breadth of the county,” Deputy Dooley said.
Speaking last Saturday night about his first-preference vote, Mr McNamara admitted he was surprised with the amount he received.
“I hoped to be in the shakedown and I would have needed to be in the top six to be in the shakedown so I had hoped for that. If Labour go into Government as expected, in these challenging times, it will present its own challenges. It is important to be in a position to make changes but we have seen Fine Gael-Labour governments that have resulted in paralysis and Labour-Fine Gael governments, which have made huge advances; I’m thinking of the Rainbow Coalition.
“This country can’t afford paralysis and whoever is in government will have to succeed. The people need to see the Government succeed. People need to be told the figures and where the bottom line is and start looking up from there.” 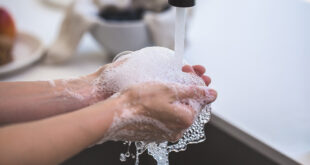 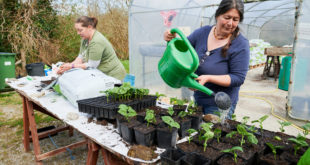