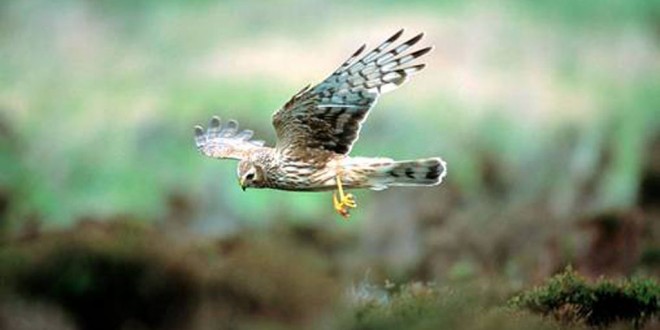 The Oireachtas Joint Committee Agriculture, Food and the Marine agreed of Tuesday evening to progress farmers’ concerns around the designation of Special Conservation Area to protect the hen harrier.

In addition to Clare and Galway, there are hen harrier protection areas in Tipperary, Limerick, Cork, Kerry, Laois, Offaly and Monaghan.

As part of the process to deal with farmers’ concerns, the committee intends to call officials from the Departments of Agriculture, Food and the Marine and Arts, Culture and the Gaeltacht.
The committee was meeting with representatives from Irish Farmers with Designated Land (IFDL), who outlined how changes of designation under EU Directives have served to dramatically devalue the land of about 4,000 farmers.

Committee chairman, Deputy Andrew Doyle said, “The meeting with IFDL representatives illuminated the difficulties that many farmers have endured in light of the designation of 169,000 hectares of land to protect the hen harrier. The committee heard that farming and the hen harrier have coexisted for centuries. We fully take on board that this generation of farmers are well placed to act as custodians of these lands and the wildlife that resides there, including the hen harrier.

“With EU agriculture policy increasingly recognising the public good, the committee is concerned that farmers with these lands are being unduly penalised by policies to protect species such as the hen harrier.”

During the meeting, the committee agreed to play a proactive role in seeking a practical and common sense solution.

Report finds evidence of attacks on Clare birds of prey