Home » Sports » Crowe: We Are A Very Proud Club In Sixmilebridge

Crowe: We Are A Very Proud Club In Sixmilebridge

If ever there was someone who owes nothing to his club, it is Tim Crowe.

His first involvement with Sixmilebridge came back in 1975 and since then, he has had a massive input into the development of the club. He has a unique record in the club, as he holds the distinction of having trained each of the five hurling All-Stars that the club has produced with each of those All-Star jerseys displayed proudly in the club house at O’Garney Park. There are also two camogie All-Star jerseys on display with one belonging to Chloe Morey, while ironically the other is that which was presented to Cratloe native Maire McGrath who plays her club camogie with Sixmilebridge.

After 15 years away from the senior squad, Crowe was coaxed back in this year when his beloved club came calling. While initially there were some issues to be straightened out, he says everyone came to the table with one thing in mind, and that was making sure that Sixmilebridge GAA club was served the best it could.

“Nobody wanted the job in the Bridge and a lot of people had turned it down, including myself at first. Paddy Meehan is the chairman and he decided that something had to be done so he asked myself and Davy Fitz would we work together and we both said yes. We buried whatever issues we had between us over the years and put our club first. I firmly believe that your family comes first, your job comes second and your club comes third and if anything goes wrong in any of those three you do whatever you can to fix it and that is the position we found ourselves in last February. That bond is what drives teams on and no more than Cratloe, we are a very proud club here in Sixmilebridge. We were afraid that lean times were ahead because our underage record over the last few years has not been great. We have only won one minor title in the last 18 years so the signs were not great. Players have now rallied around management and management have rallied around players and the club has benefited from that so now we find ourselves in a county final that we did not expect to be in at the beginning of the year” he stated.

Sunday’s final marks something of a turning of the wheel for Crowe. Since his first involvement in coaching with the club 44 years ago, he is now just 60 minutes away from another championship success. He admits the role of the manager has changed in that time.

“I trained my first team in Sixmilebridge in 1975 and I was involved in the 1983, 1984 and 1989 teams that won championships. I was involved in underage then for another 20 years after that. This is my first venture back into senior management in 15 years and to be honest I thought that ship had sailed for me but needs must and we are where we are. My role as manager is unique in that nearly all the work is being done by the backroom team in terms of coaching with Davy and the guys he has involved with him while the psychical work is being done by Timmy Crowe and then you have all the other guys who help out with everything else that needs to be done. My job really is just coordinate everything and making sure everything is done. I really feel that the most important job today is the coach and if you haven’t the right coach you really are in trouble. That is what the players want. It is relatively easy to get a manager but it is extremely difficult to get a coach” said the PE teacher.

While Sunday’s final will be between the two best hurling teams of 2019, it is also between neighbours with links stretching back through the generations. Crowe feels it is important to remember that while both sides will be giving everything they can to claim the Canon Hamilton trophy, there is a life outside of those 60 minutes also.

“There is a great respect between the two clubs over the years. In the 1970’s both clubs were playing intermediate hurling and in 1970, the Bridge won the minor championship for the first time with the assistance of a few lads from Cratloe so that connection has also been there. You have now gone from two clubs that were intermediate that time to both now being hugely respected senior clubs at both county and provincial level. Sunday’s game is going to be hugely competitive on the field, and while we are rivals and opponents, we are primarily neighbours. We share weddings and funerals together and we come together in times of tragedy and times of need to help each other out. I would hope that when the final whistle blows, whoever wins will be humble and understand the feelings of their neighbours who will be hurting and that whoever lose will wish the winners well because I think everyone has to realise that the roles could well reverse the next time we meet. That is very important in my eyes because there are so many connections between the two parishes. We are rivals but we are primarily neighbours and that is what is most important to remember” he stated.

The links between the two parishes even extend into the Crowe household.

“There have been a lot of women stolen from the Bridge and women stolen from Cratloe to make marriages between them. You will have a lot divided houses at the weekend with different sides being painted including my own. I have two daughters married to two Cratloe lads, including Mikey Hawes who will be playing on Sunday and also happens to be living with me at the moment as they are saving for their mortgage so they are living with us along with their two children. He will going out one door on Sunday and I will be going out the other” he smiled

He continued: “Some of my best friends are from Cratloe and I would have trained a lot of those lads underage for Clare. It will be intensely competitive but I think there will be a mutual respect when it is over. They have met seven times in the championship over the last decade with three wins each and one draw so it just could not be any tighter. It will be a wonderful final for the neutrals today and there is great interest in it so hopefully it will be a great day for Clare hurling”. 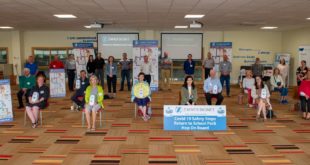