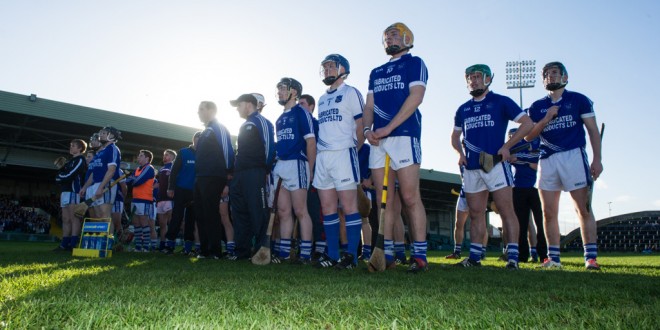 Cratloe will be looking for another big performance against Clonlara.

From an early stage in the 2014 county hurling season, it was predicted that Cratloe and Clonlara would contest the Clare championship final, provided they remained on opposite sides of the draw. While the draw ensured that was the case, Crusheen instead managed to dump Clonlara out of the race at the semi-final stage.

After the championship, the Clare Champion Cup (senior league) is the next most important competition. Winners of the Canon Hamilton trophy, Cratloe have never won the league title. Clonlara’s last success was in 2009, when they won the title for only the second time, having won their first a year earlier, when they also won the championship.

It is certainly not the best time of the year to be playing the final of such a prestigious competition but both Cratloe and Clonlara will want to win the title and the prize-money that goes with it, courtesy of sponsors, The Clare Champion. The final will take place at O’Garney Park in Sixmilebridge on this Saturday at 1pm.
Cratloe haven’t hurled since their defeat, after extra time, in the Munster club final three weeks ago.

“The lads played the football league final last week. It’s not an ideal time to be playing such an important game but that’s the way it is and we are anxious to win a title we have never won,” Cratloe boss, Joe McGrath said.
The Munster finalists expect to have a near full-strength squad available. However, they will be without full-forward Gearóid Considine, who emigrated to Australia in the past week, while there is also a doubt about the availability of Cathal McInerney.

Clonlara’s county star, Colm Galvin, is a major doubt for Saturday due to a knee injury. At last weekend’s All-Ireland U-21 medal presentation, he was limping badly and earlier this week, team manager, his father, Kevin, confirmed “he is still very sore and, right now, the odds are that he will not play on Saturday”.
Otherwise, the Clonlara team boss hopes to have a full squad available but won’t know for definite until nearer match time. “There are one or two who may not be able to get off work,” he said.

He readily acknowledged, “It’s almost impossible to keep fellas interested once you are knocked out of the championship and, particularly, when it goes so late in the season.

“We have been tipping away but numbers have been poor,” he said, adding that “it’s understandable, given the great season Cratloe have enjoyed”.

Clonlara’s form has been mixed this season but few doubt their ability to match the best when on form. John Conlon, the O’Connells, Nicky, Cathal and Ger; the O’Donovans, Domhnall and Cormac; Darach Honan, Cillian Fennessy, the O’Briens, Shane and Oisin and Colm Galvin, if fit, have all worn the saffron and blue of Clare in recent times. A win on Saturday would be a huge boost to the club as thoughts turn to preparations for 2015.

By any standards, it’s been a remarkable year for Cratloe. All involved were disappointed to end the season on a losing note when going out to Kilmallock in the provincial final. A win on Saturday would see the club complete yet another double, that of hurling league and championship, a feat never achieved by the club.

Conor Ryan, Conor McGrath, Sean and Podge Collins, Shane Gleeson, Enda Boyce, Sean Chaplin, Michael Hawes and team captain, Liam Markham, are just some of the players who will be determined to create further history for the club and close out the season on a winning note.

They should be sufficiently fresh after a three-week break to capture another title and bring the curtain down on a never-to-be-forgotten year for the club.