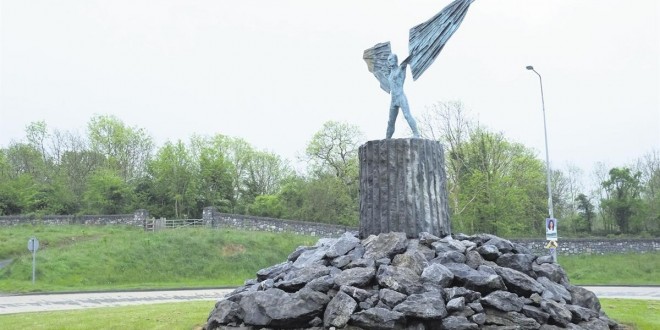 A TOTAL of €150,000 has been spent by Clare County Council to-date on legal costs relating to an illegal encampment on the Kilrush Road in Ennis.

The figure was given in response to a series of questions posed by Councillor Clare Colleran Molloy at the November meeting of the authority. Members were also told that the advice from the Department of Housing is not to remove families from unauthorised sites while the Level 5 restrictions remain in place.

Councillor Colleran Molloy expressed surprise that all six of the unauthorised encampments are in Ennis. “My purpose in raising this issue is to find out that the council is doing to deal with it,” she said. “I was not previously aware that they are all in the Ennis district and all in a short distance of the Rocky Road roundabout and the Doora exit off the motorway.”

A written response from Director of Social Development, Anne Haugh, outlined that the council secured a permanent injunction restraining trespass on lands at Cahercalla More on the Kilrush Road. An appeal has been heard and a judgement is awaited. “Approximately €150,000 has been expended to date on legal costs relating to the removal of the illegal encampment at this location,” the reply said.

In relation to two encampments close to the Rocky Road roundabout, Ms Haugh outlined that notices have been issued to the occupiers and that no legal costs have been incurred. However, the director’s reply noted the advice currently in place under the Level 5 restrictions and said that, “Options available to the council to address the encampments will be considered when the restrictions … no longer apply. It should be noted that the available legislation to quickly tackle illegal encampments is inadequate. In addition the judicial process to address trespass is very cumbersome and prolonged.”

Expanding on the written response to Councillor Colleran Molloy, Ms Haugh described the situation as “very complex”. “It spreads to cover housing need because people are using them as homes,” she noted. “There is always a bigger story and always a more complex story. Everybody’s intention is good in this situation, but we feel the legislation is not as expansive as it could be and we are hindered to a certain extent by Covid and endeavouring to provide greater safety to residents.”

Councillor Colleran Molloy also asked the director about the presence of horses and dogs at the encampment on the Kilrush Road. “On the issue of dogs, we need to act immediately,” she said. “In the last ten days, I have experienced the danger. On one occasion I was walking alone and had to get out of the way of a Doberman, which was very frightening. Last Thursday, I was walking with my husband when three dogs, including two Alsatians, came running towards us. We must use every power to remove the dogs because of the danger and the heightened risk for the local authority.”

The Fianna Fáil member also raised concerns that attempts had been made at one encampment to tap into public electricity, and questioned what steps are being taken in relation to plant hire providers supplying equipment to enable access to council lands.

On the issue of dogs, Ms Haugh said strays would be impounded and not returned until they are chipped and licensed. ESB columns have been taken out in the interests of safety, she outlined and plant hire suppliers asked to contact the council if approached.

Fiona McGarry joined The Clare Champion as a reporter after a four-year stint as producer of Morning Focus on Clare FM. Prior to that she worked for various radio, print and online titles, including Newstalk, Maximum Media and The Tuam Herald. Fiona’s media career began in her native Mayo when she joined Midwest Radio. She is the maker of a number of radio documentaries, funded by the Broadcasting Authority of Ireland (BAI). She has also availed of the Simon Cumbers Media Fund to report on development issues supported by Irish Aid in Haiti. She won a Justice Media Award for a short radio series on the work of Bedford Row Project, which supports prisoners and families in the Mid-West. Fiona also teaches on the Journalism programmes at NUI Galway. If you have a story and would like to get in touch with Fiona you can email her at fmcgarry@clarechampion.ie or telephone 065 6864146.
Previous Multiple objections to Quilty mast proposal
Next Clare historian’s years of research into the Scariff Martyrs