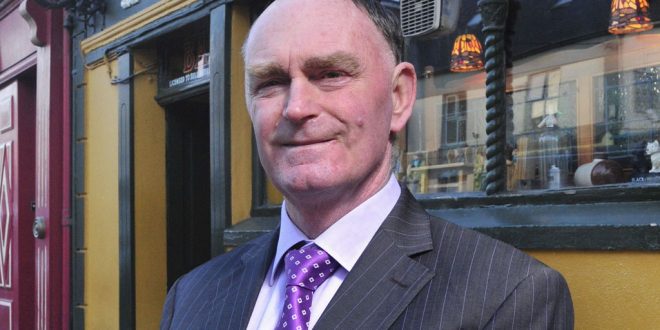 Michael Hillery has described as frightening the monies owed to Clare County Council.

DEBTS owed to Clare County Council exceeded €28 million last September. This represents about 25% of the council’s expenditure of €110m for the next 12 months.

The figure has prompted a call from Councillor Michael Hillery for Government to give more statutory powers to local authorities, to pursue people of good financial means who will not pay.

For those who cannot afford to pay a bill upfront, Councillor Hillery noted at a council meeting on Monday, that the authority will work with debtors to discharge what they owe over a longer period of time.

However, he believes the authority should be given powers akin to the Revenue Commissioners to legally pursue those who have money but refuse to pay.

Describing the outstanding €17.4m rates bill as “worrying”, he hopes it will decline by the end of the year with the upturn in the economy.

Where there is no positive engagement, legal proceedings are initiated.

Head of finance, Niall Barrett, outlined the amount of outstanding rates has fallen by a total of €2.6m in 2015 and 2016, while 2017 collections have shown a positive trend.
“The amounts due are being actively pursued through engagement with customers in agreeing payment plans, or through legal action, where necessary.”

“The council continues to pursue the collection of all outstanding contributions via invoicing, once a commencement notice has been submitted and through the enforcement process or legal action, where payment is not made by developers per the condition of permission.”

The third highest outstanding debt is housing loans and rent, which stands at €1.8m.
“The council continues to make every effort in dealing with housing arrears cases, including regular meetings with customers, facilitating payment through a range of payment options, making agreements for the payment of arrears and the close monitoring of all accounts, where difficulties with payments have arisen.

“The housing directorate is in communication with a number of loan customers where loans have become unsustainable and other options are being progressed with a view to reducing arrears, such as the mortgage arrears resolution process, voluntary surrender and mortgage-to-rent.”