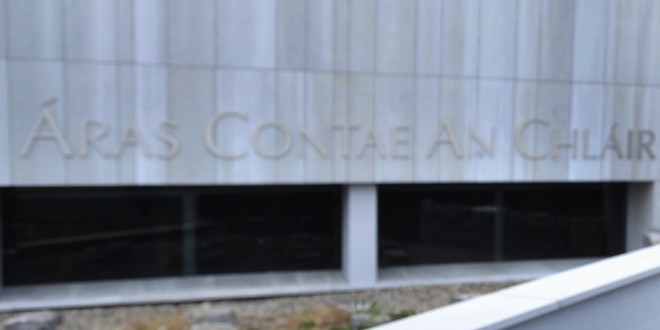 Clare County Council is continuing its crackdown on backyard burning after one North Clare man was recently given two four-month prison sentences, which were suspended for a two-year period.

While this case, which involved the unauthorised burning of almost one tonne of waste in a builder’s skip, isn’t a typical one, the council has warned that any type of waste disposal using a fire, regardless of the scale, is illegal.

It also warned that repeat offenders and anyone engaged in large-scale illegal burning faces the prospect of €4,000 in fines or a prison sentence on conviction.

The penalty imposed in the latest prosecution places the spotlight on a practice that is still continuing, despite previous warnings, with 22 complaints received by the local authority so far this year.

Burning waste is an offence under the Air Pollution Act 1987 and The Waste Management (Prohibition of Waste Disposal by Burning) Regulations 2009, which strengthened the law against waste disposal by uncontrolled burning [backyard burning].

In addition to patrols completed by three environmental wardens throughout the county, the council employs three waste enforcement officers who assist with investigations and prosecutions.

The council receives about one complaint about backyard burning every two weeks and wardens have the discretion to give an offending householder a warning or issue a €150 on-the-spot fine, depending on the circumstances.

It also conducts out-of-hours inspections into unauthorised dumping on receipt of detailed information from members of the public.

While waste enforcement officer, Patrick Mullane, said the council is not trying to “hammer people”, he insists backyard burning and all forms of dumping are not a “victimless crime”.

Mr Mullane pointed out that some people don’t realise they are putting their own and family’s health at risk by burning rubbish in their backyard, particularly plastic, which is extremely toxic.

“Throwing a bag of rubbish out the window of a car in the countryside is not a victimless crime. Someone has to pick up the tab. Dumping of rubbish results in the loss of an amenity and reputation for a county and that is damaging to tourism.

“It can also create a public health hazard. Dumping of any waste can easily be avoided if a person engages in waste minimisation and prevention, recycling and sharing of a wheelie bin.

“This can mean buying fruit and vegetables in a local shop where there is no packaging, instead of a large supermarket on a weekly basis, which can make a difference.

“We need a change in people’s mindset to increase waste minimisation and recycling. It just takes a bit of planning and foresight to reduce the waste being produced in a household on a weekly basis.

“Some people burn recyclable items because they cannot fit it into their wheelie bin. Burning plastic in a back garden is very dangerous because it releases harmful dioxins into the atmosphere that can affect a person’s family and their neighbours.

“We should no longer see smoke coming from a suburban area or the open countryside,” he continued.

“People can recycle a large amount of material in their local recycling centre for €5, while waste electrical items are free. We should not see and old washing machine or television dumped on the roadside.”

He pointed out that people may not realise that it is now illegal to burn any type of green waste also, such as hedge clippings.

Anyone who spots backyard burning or illegal dumping can contact the council in confidence by ringing 180606706, email enviroff@clarecoco.ie or the environment section on 065 6846331.