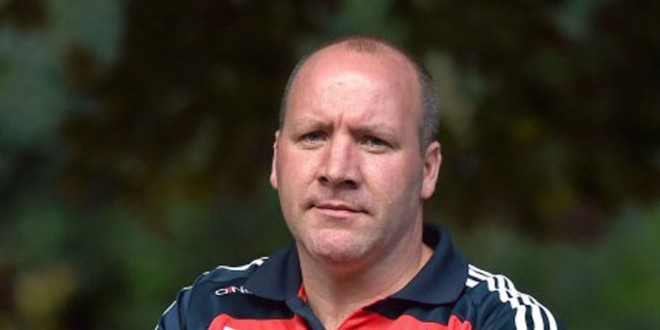 NOW in his second season managing the Cork senior footballers, Brian Cuthbert insists his charges will not take Clare for granted.
However, neither does he think that Cork’s heavy league final defeat to Dublin will weigh on their minds. The Bishopstown club man, who is a primary school principal, says the league final has been long forgotten.
“If Sunday’s match was a week after the league final, it might be a factor. But that was seven weeks ago and it’s almost a memory now at this stage. That game would have been put to bed, hopefully, a while back. This is a new competition. We have to go and perform. It’s as simple as that. Certainly I don’t think when it comes to championship, there is a need for beating players with sticks or anything like that,” Cuthbert told The Clare Champion.
As a minor, he captained Cork to an All-Ireland title in 1993, scoring a goal in the final. He served as Cork minor football manager in 2010 and 2011, winning the Munster title in 2010 and reaching the All-Ireland final where Cork lost to Tyrone. Cuthbert served as a selector with former manager Conor Counihan for the 2013 season.
“People will remember your last game. If our last game had been the Donegal game (league semi-final) we would have had a great league. Our last game was Dublin and we didn’t play well against a very, very good team. We were very disappointed but our next game is Clare and, hopefully, we’ll go on and put into practice the lessons we learned in the league and play well.
“I expect a very good game. I saw Clare playing a couple of times last season and I’ve seen them a few times this year. I think they are very organised, have good management and have some very good players,” the affable Cork man said.
While the overwhelming majority of people with a passing interest in GAA believe Cork and Kerry are the only real contenders in Munster, Cuthbert doesn’t share that view.
“To be fair, the games in Munster, bar what you saw between Tipperary and Waterford last Sunday week, are competitive. Kerry were down a point at half-time in Ennis last year and ended up happy enough to win by four points. Clare would have rued some of the chances they missed. This Cork team certainly are not taking Clare for granted. We know that Clare are coming with nothing to lose and everything to gain,” he maintained.
Normally, playing Cork away means a trip to Pairc Uí Chaoimh, which is currently undergoing redevelopment work.
“We play all our league games in Pairc Uí Rinn. It’s our home for the next number of years. Any team at home, certainly, will have an advantage. We’d like to use that,” the Cork manager concluded.