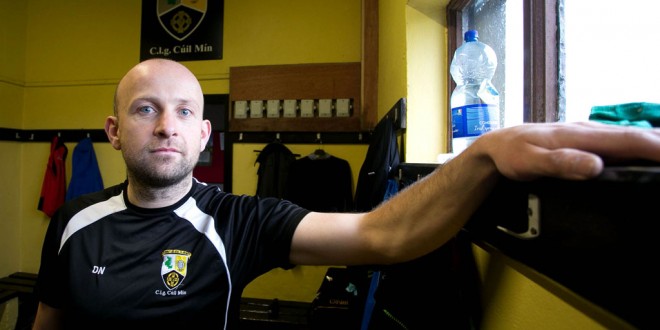 THE entire parish of Coolmeen will decamp to Mallow on Sunday. This mass migration of householders from the 24 Cranny/Coolmeen townlands will be an albeit temporary arrangement but one that has become part of the fabric of the club’s glory-laden season.

After their post-match warm-down in Cooraclare two weeks ago, having beaten Modeligo in the Munster semi-final, the Coolmeen players were met with a standing ovation from their community, who had stayed on to let them know how highly they rated their men.

Coolmeen will need that support on Sunday because in Templenoe they will play the best team they have ever met. That’s not to suggest that the Kerry champions are unbeatable but they will be very warm favourites.In their Munster semi-final, they beat Bandon 0-16 to 1-10 in Clonakilty and a feature of that game was that five of the Cork club’s forwards did not score from play.

Team captain Tadhg Morley excelled that day, while Kieran O’Neill and Micheál Hallissey were very competent in the full-back line. Patrick Clifford, John Spillane and Gavin Crowley, in the half-back line, limited the pressure on the inside line. Another notable factor was that seven Templenoe players scored from play.

Templenoe endeavour to make the ball do the work, while there is a huge willingness to work hard for one another.

They have a mobile and dangerous inside line of Micheál Hallissey, Killian Spillane and Brian Crowley, which was impressive.

Coolmeen’s Munster campaign got up and running about 20 minutes into their quarter-final win over Cappagh in Limerick. Inactive for a month, they were slow to settle but once they did, they played some outstanding football. Subsequently they have played every two weeks, which is the perfect gap between games.

Clearly, Cathal O’Connor is their main man but Coolmeen’s strength is their willingness to work honestly all over the field and they have the fitness to back that up. Without that fitness, they simply wouldn’t be able to track, tackle and support the play in the manner they do.

Retaining their own kick-outs will be very important, as will seeking to disrupt Templenoe on theirs. They will have to try to use what possession they get intelligently and hopefully create space for David Neenan and Cian Murphy in the full-forward line. Not conceding frees will be important for Coolmeen, as will putting over scoreable ones that they win.

Every Coolmeen man will have to perform to near his optimum level if they are to pull it off. It’s safe to say that their effort level and work rate will be massive. Coolmeen will not be beaten due to a lack of honest effort or will to win.

They believe they can do it and that confidence will be needed against a Templenoe team teeming with quality footballers.

Previous Tourism chair to address Washington forum
Next Coolmeen: A small parish with a big heart