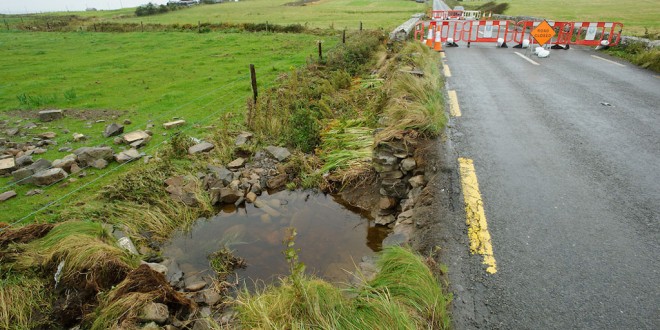 The road is reopened at Clonbony Bridge. Photograph by John Kelly

Transport Infrastructure Ireland (formerly the NRA) has announced that a contractor will be appointed this week to undertake remedial works to Clonbony Bridge on the N67 near Miltown Malbay.

The Bridge has been closed to vehicular traffic since September 11, following significant flooding in the area.

Senior engineer, Clare County Council, Tom Tiernan, commented, “Clare County Council is conscious of the disruption that the closure has caused for local businesses in Miltown Malbay, as well as local residents. However, the continued closure has proven to be necessary on foot of inspections that have deemed the bridge structure to have been compromised.”