ARMED gardaí are in Shannon Airport at all times and are constantly vigilant regarding potential threats, the head of the Clare Garda Division John Kerin said this week.

Chief Superintendent Kerin also said that following events in Paris last Friday night, meetings are taking place this week to review procedures. However, he said gardaí are confident in the security operation already in place and there is no specific threat to Shannon.

For many years, US military aircraft have landed at Shannon, which has led to some concerns about it being a potential target for terror.

In January, following the Charlie Hedbo slayings, radical Muslim preacher Anjem Choudary warned that Ireland could be targeted due to the American use of the airport.

Regarding the strength of the operation at Shannon he said, “There’s a full-time policing operation in place at the airport and we work very closely with the airport management and all the people who work there to create as safe as possible an environment as is practical. We have an armed presence there on a 24/7 basis. We do carry out very specific patrols both within and around the airport and on a monthly basis we review security based on what has happened at the airport and what is happening both nationally and internationally.

“From time to time, we will amend the operation that is in place and following the events in Paris we’re having a number of meetings this week reviewing the security that is there already.”

Gardaí were to discuss the policing of Shannon on Tuesday evening, while a meeting with airport management was scheduled for later in the week.

While things are being examined this week, he stressed that is not due to any specific threat to the Clare airport.

“It’s important to point out there is no intelligence to suggest there is a specific threat to Shannon Airport. Lots of people will say in the media that Shannon Airport is a security risk but that’s mere speculation. Having said that, because of what happened in Paris and other places, we would be foolish to ignore what’s happening internationally and we’re not going to do that. We’re working on the basis that our intelligence services are linking up with intelligence services across Europe and across the world. They don’t have any information which suggests there’s a threat to Shannon and they’re regularly in touch with us.”

While armed gardaí are at the airport at all times, he said security is relatively unobtrusive. “What we don’t want is for visitors to think this is a military airport. Nobody likes to see people going around flashing guns.”

Enhanced technology also plays an important role in keeping Shannon safe, he added. “People should remember there is also a lot of CCTV around the airport and its environs and there has been a lot of technical enhancements as well over the last number of years; it’s not just a question of boots on the ground.”

The Irish Army also play a role in securing the airport, as they attend to protect US military aircraft, when they are on the Shannon tarmac.

Chief Superintendent Kerin said that while an incident can never be definitively ruled out, confidence in the current security operation is high.

“You can never guarantee that something won’t happen but we’re as confident as we can be, working with the airport and all the people there.”

Speaking in the Dáíl on Tuesday, Minister for Justice Frances Fitzgerald said, “I can assure the House that An Garda Síochána, supported where necessary by the Defence Forces, are taking all possible steps to deal with any threat to this country. Unfortunately, there are a small number of people here whose activities are a cause for concern in the support which they offer to international terrorists. They will continue to be monitored and where evidence is available, they will face the full rigour of our laws.

“Since the attacks on Friday – and, indeed, before – the gardaí have been taking all necessary security measures. The House will understand that, of their nature, security measures should not be disclosed publicly.”

She added, “The Garda Commissioner has assured me that priority has been – and is being given – to the training of specialist units who would be in the front line dealing with attacks. This has included training both at home and abroad and jointly with the Defence Forces. In addition, specialist units here enjoy excellent working relationships with their counterpart units abroad.

“While, in the short term the gardaí are taking whatever additional security measures are necessary, we have to recognise that the threat from international terrorism is an evolving one and our response must evolve. That is why, for example, the Garda Commissioner is carrying out a review at present and will be letting me know of any additional requirements that arise. It is vital that all concerned keep their responses to a fluid and challenging situation under continuous and rigorous review and that is exactly what is happening. This is against the background of the elaborate infrastructure which we have in place for emergency planning.” 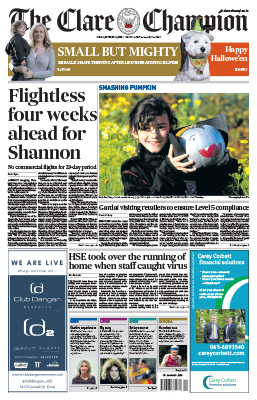