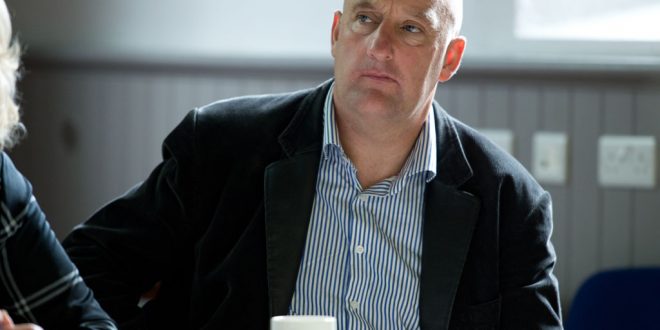 A COUNTY council senior executive engineer has warned residents at Poulagour, Scariff that he would “not be looking after the public’s expenditure” if the council carries out works on a local road.

Hugh McGrath said if he carried out works, as requested, on the L8050 at Poulagour and after a few years the road “disimproved because people were being negligent” then he would “not be looking after the public’s expenditure”.

He was responding to a motion by Councillor Joe Cooney, who called for works to be carried out on this road, “where the road surface is in very poor condition”.

Mr McGrath advised that a section of this road was upgraded in the 2016 Restorative Maintenance Programme (surface dressing).

“However, it is accepted that there remains a significantly damaged section of this road that needs to be addressed. Damage is being caused by roadside trees, water from lands and waste from cattle using the road.”

He said that the council requires landowners to fulfil their obligations under section 70 and 76 of the Roads Act 1993 and have already communicated this.

“Despite several meetings and communications to local landowners in this regard, the areas of damage and the poor maintenance and usage practices are continuing to cause damage to this road and the issues have not been addressed. In giving consideration to submitting any road for public grant funding, we are not disposed to processing such an application where negligence is continuing and where maintenance of any new surface would not be viable or cost effective,” he stated.

Councillor Cooney said it is “embarrassing” that only half of the road has been resurfaced and said the other half is not “up to standard”.

“I agree that the landowners are not helping but landowners or no landowners, people are paying property tax up there and I’d ask that you upgrade the road. It is important that the bad section is upgraded,” he said.

Councillor Pat Hayes also agreed with the motion and said, “Irrespective of what the issues are, people who use the roads have a right to a good road”.
Mr McGrath stressed that trees on the road would “have to be limbed” because there is an “unacceptable amount of shade which doesn’t help the road”. He added that “all the houses are letting water on the road”.

“We’ve an obligation to spend money where we are getting value. If they [the landowners] do the works, we will be in very quickly,” Mr McGrath concluded.

Councillor Cooney said it is “totally unfair that one side is good and the other isn’t”.