THE University of Limerick Hospitals Group chief executive officer has pledged to take into account concerns expressed about the impact of the phased closure of the Warfarin clinic in Kilrush.

Professor Colette Cowan made the pledge after a meeting with Deputy Pat Breen this week, amid growing unease about the proposed ending of this service.

“CEO Colette Cowan assured me that she would take my concerns on board. She advised me that the HSE is currently in discussions with GPs regarding a number of issues and that the warfarin services in Kilrush will feature in these discussions.

“She is very aware of the concerns, the logistical problems which it could cause for patients who would require ongoing treatment and is hoping that a successful resolution and agreement can be reached with the GPs to accommodate those patients locally.

“Following our meeting, she is to revert back to me at the earliest opportunity,” he said.

Deputy Breen had sought a meeting with Professor Cowan following concerns that those patients who currently attend the Kilrush Warfarin Clinic and would not be deemed suitable for the new oral anticoagulants (NOACs), which have emerged as an alternative to warfarin, would be required to travel into Ennis to be accommodated in the future.

Deputy Breen said he had a very constructive meeting with Professor Cowan.

“I raised the issues of concern for warfarin patients who are currently attending the clinic in Kilrush. I pointed out the additional cost that these patients who would not be deemed suitable for the new NOACs would incur if they had to travel into Ennis and I urged the CEO to find a resolution for those patients requiring ongoing treatment to be accommodated in Kilrush.”

Meanwhile, at a meeting of the West Clare Municipal District on Monday, a motion from Councillor Bill Chambers, asking the HSE to reverse their decision to close the Warfarin clinic in Kilrush, was unanimously supported.

“This is a serious matter as regards West Clare. The Warfarin clinic is in Kilrush for years and an awful lot of people have availed of it.
“A lot of people if they have to go into Ennis, they cannot drive cars. They’ll have to either hire a taxi or take a bus, which will be very inconvenient to a lot of people,” Councillor Chambers said.

“Once you’re on Warfarin, you have to have it regularly. I don’t know how they could just phase it out and say ‘you’re ok’.Everything is nearly gone out of West Clare at the moment.

“This is another nail in the coffin of West Clare,” the Cooraclare Fianna Fáil councillor maintained. 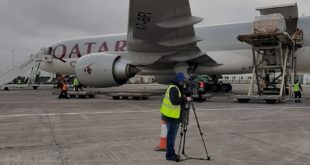 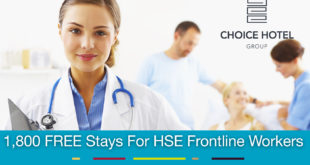 CLARE Bus is continuing to serve the community of East Clare during the Covid-19 crisis, …