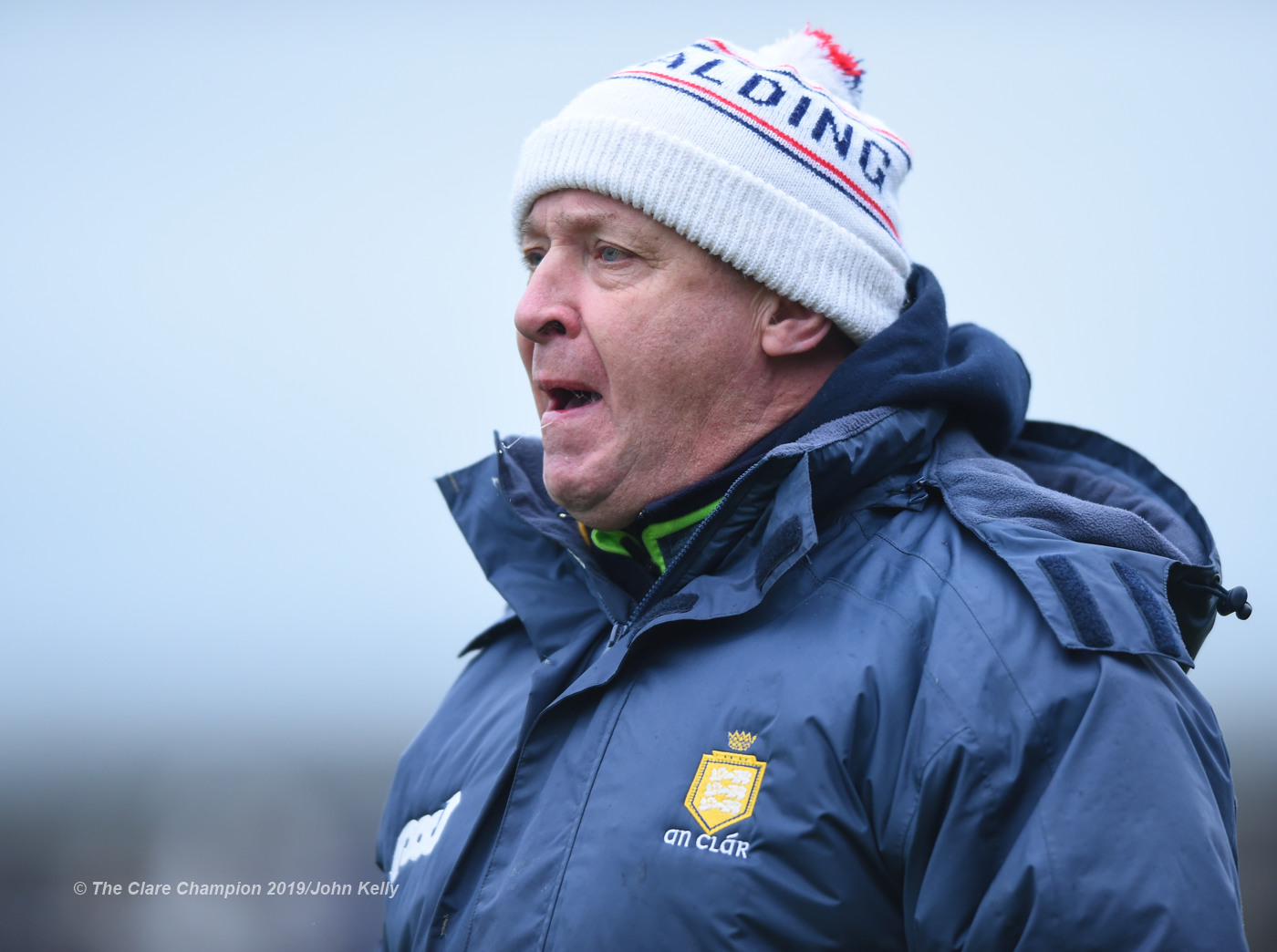 Clare manager Colm Collins on the sideline during their National League game against Donegal at Cusack Park. Photograph by John Kelly.

Next month, at a meeting of the Special Congress of the GAA in Cork, the restructure of the football championship into two tiers will be proposed, as well as three rules changes to the game.

Clare manager Colm Collins believes that the proposal, in its current form that is being voted on next month, is unfair and likely won’t be passed.

“The way it is being presented; I don’t think it is going to be voted through. In the form that they’re proposing, I don’t think it’s very fair. Every county should have an opportunity to play in the main competition in that calendar year. According to the proposal as it is now, Clare would have been in the Tier Two competition this year because Cork, who are a division below us in the national league, got to the Munster final. How do you square that one off that you have a seeded competition in the middle of all this? The reluctance of the powers that be to touch the provincials is the main stumbling block to setting up a really brilliant championship, but I’m not holding my breath on that one,” Colm said.

As well as the restructuring of the championship, three rule changes will be voted by members, with the Clare and Cratloe manager in favour of one. The first rule change proposed is to change the penalty for receiving a black card from an enforced substitution to a 10-minute spell in the ‘sin-bin’ for the player penalised. This, Colm thinks, will benefit the game.

“I think this is good. I think it is a genuine punishment. In the case of teams like Dublin, who have a strong panel, getting a man black-carded is of no penalty whatsoever as the guy who’s coming on for him is invariably just as good. The black card as it stands doesn’t really punish the stronger teams, the less strong teams maybe. This, I think is a good move,” Colm believes.

The other two rule changes to be decided are that all kick-outs are taken from the 20m line, and the introduction of a ‘mark’ option for any pass that is kicked outside the opposition ’45 and travels at least 20m. Colm says he sees no benefit to the game from these changes.

“I don’t think that moving the kick-outs is going to make one blind bit of difference. There are so many progressive things we should be doing, like in the Ladies final, the clock was out of the hands of the referee and it stopped for injuries. Wouldn’t we be better off doing that? I see no merit, plus or minus to this. If it’s to ensure the kick-outs travel a certain distance; maybe, but teams that play the ball out from the corners usually come to a sad end anyway as it’s not the place to be playing the ball out from. My view on the mark is that we should take what’s best from it and the best is the high catch. I don’t think a player should be rewarded for catching a ball kicked into his chest from 20m away. And, I think this rule change would encourage this kind of nonsensical passing. The mark should be for high fielding, and for the likes of our own Gary Brennan: to protect people like him when they come down,” Colm concluded.