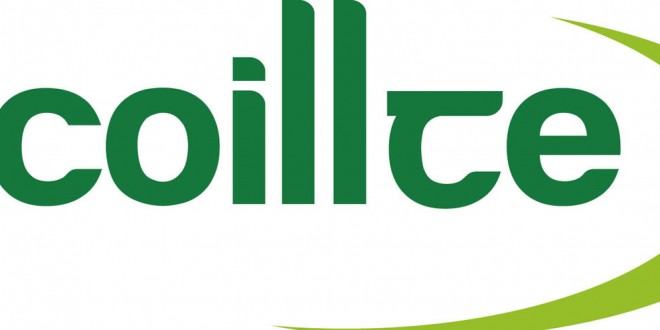 AN East Clare man has described the granting of a five-year licence to Coillte to spray cypermethrin as “extremely disappointing” and “hugely disrespectful”.

In February, Coillte held a meeting with a number of concerned residents from the Derryoran-Ballyhinch area, who delivered a petition to the Coillte office in Scariff, clarifying their stance against the spraying of the cypermethrin insecticide in the forests surrounding their homes.

Mountshannon resident, Brian Ragbourn initiated the Derryoran-Ballyhinch petition, which was signed and supported by nine other locals, who are concerned by the spraying of the insecticide, which was banned in France, Germany, Sweden and Italy 10 years ago.

Cypermethrin is sprayed on forestry by Coillte to prevent and control the harmful pine weevil pest decimating non-native spruce and pine trees.

He said the locality provides a habitat for other protected species, such as red squirrels, hen-harriers and sea eagles, which are also “vulnerable” and he is anxious about the “unknown” affects of airborne cypermethrin on humans.

In recent weeks, Mr Ragbourn said they were “very concerned” by the possibility of a third five-year licence being granted by the Forest Stewardship Council (FSC).

The latest derogation for the cypermethrin licence expired in October 2015 and Mr Ragbourn had hoped that Coillte would be required to find “safer alternatives”, such as corniflex, a substance made from sprayed glue and sand, which provides two years’ effective protection.

However, it was confirmed on Wednesday that the Forest Stewardhip Council (FSC) had granted Coillte a third five-year licence up until March 2021.

Andrew St Ledger, an education officer at the Woodland League, was critical of the decision and the public consultation process.

He said the consultation process was not publicised effectively and was only available through the Coillte website.

Mr St Ledger said they had received no confirmation that the five-year licence had been granted, prior to their phone call from The Clare Champion on Wednesday.

“It’s extremely disappointing,” he said. “It’s poacher-turned-gamekeeper, when the idea that the body responsible for getting the derogation are carrying out the public consultation.”

Mr St Ledger said the public consultation was “wholly inadequate” and this was illustrated by the fact that residents were unaware, up until recent months, that cypermethrin was being sprayed in the Derryoran and Ballyhinch areas over a 10 year-period.

Mr St Ledger said he believes the FSC, as the regulatory body, are also culpable.

A meeting between the residents and Coillte forestry productivity manager, Padraig Ó Tuama and two other company representatives took place in February.

During the meeting, Mr Ragbourn said, “Photographic evidence was presented that spruce trees had recently been planted at a metre’s distance from a watercourse, whereas, according to Coillte’s rules and regulations, it should have been a minimum of 10 metres.”

Mr Ragbourn said a Coillte manager promised to come over and see a local resident’s well and create a buffer zone around it.

Mr Ragbourn could not be contacted on Wednesday in relation to the new five-year insecticide licence.
However, speaking earlier this week, he said local people, who are part of the newly expanded Derryoran-Ballyhinch Neighbourhood Alliance, consider the proposed concession of planting a 20-metre stand of oak trees in order to create a 50-metre  buffer around the local resident’s well as “unsatisfactory and tokenistic”.

In a statement to The Clare Champion, a Coillte spokesman said the Forest Stewardship Council informed Coillte that they had been granted derogation for the continued use of cypermethrin for the next five years, from March 4, 2016.

It states, “The derogation allows Coillte to use cypermethrin as part of integrated pest management system to protect young forest plantations from the large pine weevil.”

Previous Windfarm sparks €1.5m injection
Next Man recovered in Labasheeda believed to be from Limerick