Home » Sports » Coach Fitzgerald to focus on basics with footballers 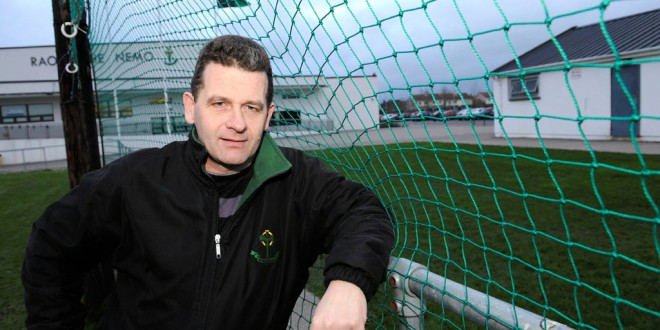 Coach Fitzgerald to focus on basics with footballers

NEWLY-appointed Clare senior football coach, Ephie Fitzgerald  has cited breaking down coaching into particular strands as central to his philosophy.

The Cork-based Youth Reach teacher, who deals primarily with early school-leavers, has enjoyed sustained success with his club, Nemo Rangers, while, just last weekend, he led Ballylanders to the Limerick senior football title. They play the Waterford champions in the provincial semi-final, with the winners playing Cratloe at home on November 16.

“I’m just delighted to get back into the intercounty scene. I did a year with Limerick a few years back but I was under pressure to come back with the Cork minors. The intercounty scene is where it’s at for me at this stage. I’ve been involved in the club scene for a long time and I’ve had quite a bit of success with Nemo Rangers,” Fitzgerald told The Clare Champion this week.

“At the start of this year, Ballylanders asked me to give a hand. I wasn’t going to do anything because I had a knee replacement and I was taking time off. Giving them a hand turned into more than that. Now, though, I’m really looking forward to this opportunity. I just love coaching and hopefully we can improve on what’s gone on already,” he added.

Regarding his coaching aims, the Turner’s Cross native says it boils down to mastering the simple things and executing the skills at pace, while under pressure.

“There are three or four phases to a game. When you’re in possession, when you haven’t got it, transitioning if you overturn them or transitioning if they overturn you. I do a lot of work on individual defending, group defending and attacking at speed. Moving the ball quickly doesn’t necessarily mean humping it 60 yards up the field. Doing everything at pace is the key. At intercounty level, you have fellas who are very fit and they look after themselves but there’s a mental side to it too. Being mentally sharp is one of things I worked on with Ballylanders, in terms of organisation and being alert,” he revealed.

He further outlined what he means by mental sharpness. “Always being aware. You see silly things, like fellas taking sideline balls from over the line, picking the ball off the ground, things like that. Once you’re on the field, that should be your total focus; your mind should not wander. There’s only one ball so you might only have the ball for 30 seconds of the match. What you’re doing with it when you have it sounds simple but getting it done is something else,” he pointed out. “You’d hope that you’d bring whatever you’re doing in training onto the pitch. If you’re training at half-pace, generally you’ll play at half-pace or maybe a little bit above it. I’m very much into fellas playing the match in their heads before they go out at all. ‘What if this happens, what if that happens.’ Consider different scenarios so it doesn’t come as a shock to the system if something goes wrong or right,” he explained.

At this point, Fitzgerald is still learning about what exactly the Clare panel has to offer but he says he is aiming to build on their 2014 promotion from Division 4.

“I don’t know a hell of a lot yet because this came sudden enough but, from what I can gather, they are a young side and they are very willing. There’s a vibrancy up there now and Colm Collins has brought a lot of organisation. They had a good year last year and it’s about building on that,” he said.

Fitzgerald says the commute to UL or Clare for training won’t be an issue for him and cites his wife, Rose, and their three children as big supporters of his coaching roles. “I wouldn’t be able to do any of this without home. Rose is a one-off. Whatever I want to do in terms of football, she says work away,” the new Clare coach concluded.