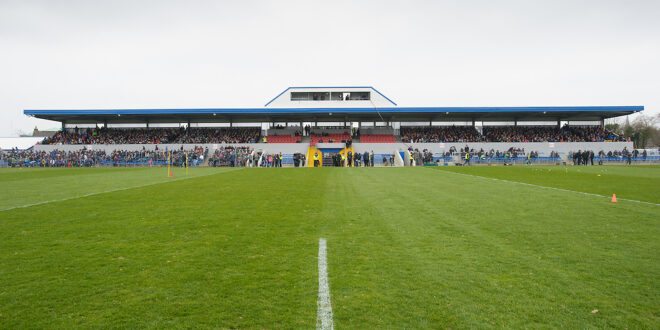 A limited number of spectators will be permitted to attend upcoming games in Clare after the Government’s plan for living with Covid-19 was outlined this week.

As part of the Level 2 restrictions in Clare, crowds of up to 200 people are permitted to attend sporting events in venues which can accommodate 5,000 people or more, with smaller venues permitted to host crowds of up 100 people.

It has also been confirmed that in a change to previous guidelines, those numbers will be outside of the panels of players, management, officials, stewards and other essential personnel on the day.

It means that the upcoming county hurling and football finals in Cusack Park will see up to 200 spectators filing through the gates, with competing clubs being given the option to purchase up 100 tickets for distribution.

This weekend’s Clare Ladies football finals are being held in Doonbeg, but due to the limited capacity at the venue just 100 tickets will be made available to the competing clubs for both the intermediate and senior deciders in what will be a double header on Sunday afternoon.

Chairman of Clare GAA Joe Cooney says while it is welcome news that some supporters are being allowed to return to games, he feels it is a pity that is in such limited numbers.

“We were all hoping that the crowds would be larger, but it is still positive news and will be help to the clubs that in the county finals. That being said, it is disappointing for those clubs that such small numbers can only attend but those who cannot make the county finals will still be able to watch them as Clare GAA are streaming them all live over the next two weekends. We were hoping for more people to allowed in from a financial point of view as much as anything but with the amount of cases of Covid-19 over the last few weeks, it was concerning and that is why the Government and HSE have put these guidelines in place” he stated.

It is understood that each GAA club involved will be given the option to purchase up to 100 tickets for the upcoming games, while any surplus tickets not taken up will be made available for general sale.