Home » Breaking News » Closure will be ‘catastrophic for the area’ 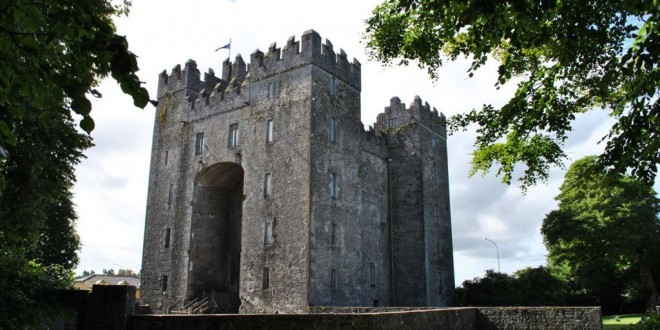 THE closure of the Shannon Heritage attractions will be a massive blow to Clare tourism, according to local businessman Emelyn Heaps.

“It will be catastrophic for the area. You also have King John’s Castle, you’ve got Knappogue and you’ve got Craggaunowen, hundreds of jobs are going to go and the board (of Shannon Group) don’t care,” he commented this week.

He was scathing about the board, who he feels should step down. “I’m calling for the Board of Shannon Group to fire themselves, I think it’s deplorable what they’re doing. They’ve done a deplorable job and they should do the honourable thing and fall on their own swords.”

Mr Heaps added, “One of the major assets that Clare has is that, outside of Dublin, it has two of the top attractions, the Cliffs of Moher and Bunratty Castle and Folk Park, but they’re talking about closing one of them.”

Ennis hotelier Seán Lally said he is very disappointed in the decision. “We could all shut up shop and close our doors, but that’s the easy thing to do. But that’s not what it’s about, everyone needs to put their shoulder to the wheel, wear the green jersey and support Irish tourism. We’re spending a lot of money as a hotel, as are all the other Clare hotels, going out marketing and doing a big push to get staycations to come and stay in the region and it’s working to a certain extent, because a lot of our stays are three and four night stays and that wouldn’t have been the norm in the past.”

Clare tourism needs the attractions, he feels. “You need a list of things to see and do and Bunratty Castle is certainly up there, as is King John’s Castle. There is Knappogue and Craggaunowen as well, but particularly Bunratty is one of the show pieces.

“We are lucky in the region that we have a lot of world-class tourist attractions but it’s very disappointing that they’re closing at the end of August, and shut shop. I don’t understand the logic behind that. It isn’t as if the tourist season stops at the end of August, it is going to extend into September, we have a midterm break in October, there is talk of another Bank Holiday weekend being introduced as part of the Tourism taskforce, we would have got a lot of people staying with us in December and going to the Christmas Santa Claus experience in Bunratty, which is
exceptional. If that’s not happening it’s very disappointing.”

He added, “I can understand there mightn’t be business for seven days a week but surely with the midterms and Christmas there is weekend business there. Just to close seven days a week until next April is very disappointing and I don’t think it’s reflective of the tourism spirit in the region. I’m sure Brendan O’Regan wouldn’t be impressed if he was around today.”

He said, “I would hope that decision would be reversed. We will still expect to do about 60% occupancy in August, and there’s still a fair bit of business coming in for September. I know the international market is wiped out until next April but there will still be people around who want tourism attractions. I’d understand the Banquets not going ahead, but not closing the Folk Park.”

Owen Ryan has been a journalist with the Clare Champion since 2007, having previously worked for a number of other regional titles in Limerick, Galway and Cork.
Previous Murphy calls for ‘Covid proofing’ of West Clare funding applications
Next Clare online fundraiser aiming to help get #abetterlifeforlivie