Home » News » Clarisford Park in line for another award 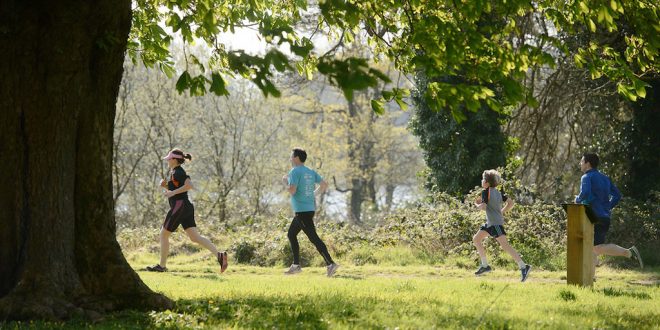 Clarisford Park in line for another award

AN award-winning €2.5m sports and recreation facility at Clarisford Park, Killaloe, is in the running for another award.

Officially opened by Finance Minister, Michael Noonan last September, Clarisford Park has been confirmed as a finalist in the Best Public Park Category at the 2017 Community and Council Awards, presented by IPB Insurance and LAMA.

It has been shortlised alongside St Catherine’s Park, Lucan;
Mungret Park and Playground, Limerick and Tramore Valley Park, Cork.

The Community and Council Awards highlight and recognise communities and councils working together, bringing national recognition to projects and developments that may otherwise go unrecognised.

Town, borough, city and county councillors nominate projects across 20 categories that demonstrate the work implemented through unique projects that enhance their local area for the good of the community.

Once a project is nominated, the individual(s) associated with the nominated project or initiative are contacted and given the opportunity to submit an entry.

The category winners for 2017 will be announced at an awards ceremony in February in Dublin. Winners of these prestigious awards will receive an awards logo for use on their website and for all printed corporate materials.

The committee operating the park scooped a major award for opportunity and empowerment at the Irish Planning Institute (IPI) National Planning Awards 2016 in Dublin.

“This is an excellent example of community-led infrastructure provision and was developed following positive engagement with Clare County Council, elected members, planners and local groups and clubs.

“Clarisford Park’s multifunctional approach is an excellent model of maximising the use of scarce land and resources, avoiding duplication and empowering and connecting communities. It is a model for the development of future community sports facilities,” she said.

This was the second major award won by the group, after it scooped a runner-up award in the national Pride of Place Community Innovation category in November 2014. Members of the group from Killaloe and Ballina were presented with a statuette and a €500 cheque for displaying great community innovation.