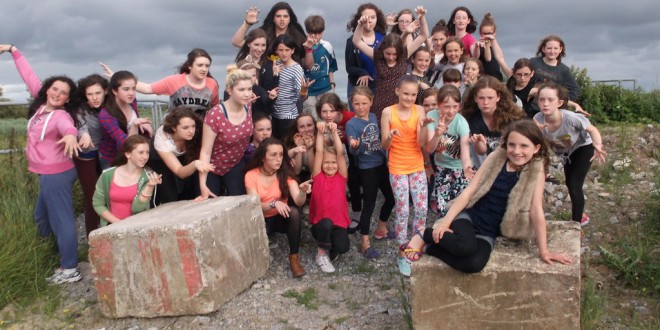 Ennis Youth Musical Society will present The Jungle Book this week at Glór.

CLARE Youth Musical Society will go wild on the Glór stage this Thursday and Friday for their version of The Jungle Book.

Sarah said the group was established to fill a gap during the summer months.
“Myself and Laura Jane set it up about three years ago and this is our third production. Because we both work with children and teenagers, we knew that for the summer there wasn’t much for them to do because all of the end of the year shows are in May and June and then July and August are free. We said we’d set up something just to kind of keep the interest going and get the musical element there for young people and, hopefully, they’d find as much passion as we do in it.”

The group has been growing each year since it was established, she added. “Our first production was Fame, last year we did Grease and it went really well. This year we said we’d try something a bit different, not many boys would feel comfortable going in with a big group of girls and we said we’d do The Jungle Book because it wouldn’t matter if it’s a boy or a girl playing different animals. It has been a new challenge for us and for them, but they’re really good, they’re brilliant.

“We have about 40 members this year. The first year we had mostly students that we would have taught already from both of our own schools. Then last year because Grease is a show everyone knows we would have had a lot more interest. This year again we have a load of new students. Before we would have kept the age from 10 and up but this year the show would appeal to children a bit younger, so we have about eight students who are under 10. For a lot of them, it would have been their first time doing it. It’s exciting for them, scary as well, but they’re learning loads of new things.”

The first show will be at 7.30pm on the Thursday, while there are two shows on the Friday, one at 2.30pm and the second at 7.30pm. Some of the songs include The Bare Necessities and I Wanna Be Like You, which should get the audience tapping their feet.

Sarah said the shows are the culmination of a lot of preparation, “We start after Easter and do Sunday afternoons up until they get the school holidays. After that, we use the afternoons and try to leave the weekends for families. We’ve been doing afternoons and evenings and the last couple of weeks are nearly all day every day but it’ll be worth it in the end.”