Home » News » Clare woman on top Down Under 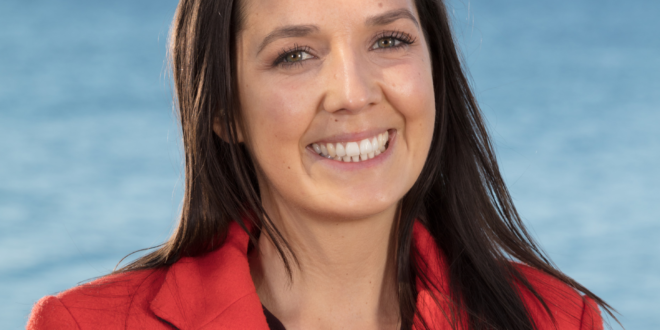 Clare woman on top Down Under

A CLARE woman has been named as one of Australia’s rising stars appearing on a list of the country’s top Early Achievers. Dr Rachel Kelly, originally from Spancilhill but now working in Tasmania, is a marine socio-ecologist whose work focuses on connecting people with the ocean.
Her work has been recognised among 40 Early Achievers in Research in a prestigious list compiled by national newspaper The Australian, as well as being named in the top five list of social sciences researchers.
The Early Achievers Leaderboard lists the five top researchers from Australian universities and research institutions in eight major discipline areas, who are less than 10 years into their career. Dr Kelly’s research has highlighted how improving knowledge and engagement with the oceans among communities can support marine conservation.
The 29-year-old tells The Clare Champion that being listed among the top 40 Early Achievers was “a huge surprise, and so great to have good news in 2020.”
She explains, “The list of researchers was determined based on our research outputs and impact so it’s quite overwhelming to be scoring on that kind of level. Mostly, I am proud to one of very few women scoring so highly – men typically tend to dominate in the sciences which can be disheartening, so it’s important to share these kinds of successes for women, and women in science, overall.”
She is the daughter of farmer Noel Kelly and Sharon Dilger, principal of Holy Family Junior School in Ennis. She is the eldest of four, with sisters Olwyn and Aideen, and a brother, Brian.
Her family have been “delighted and proud” of the recognition. “This good news is another thing that helps us all deal with the fact we’re all so far apart at the moment. Olwyn is in Brazil, Aideen is in Barcelona, and Dad, Mom and Brian are home in Spancilhill.  It’s been really sad to be so so far apart over the last few months – we all normally come home very regularly. I haven’t been home since Christmas, but think it’s the longest I’ve ever been away.”
Dr Kelly went to secondary school at Colaiste Muire in Ennis and studied a BSc in Marine Science at NUIG. After that, she moved to Portugal and then France to do an MSc in Marine Biodiversity and Conservation. She has lived and worked in Germany, the US, the Maldives and other places doing marine research since then. She moved to Tasmania in 2016 to conduct her PhD and graduated last year and stayed on to continue her work and research.
“Tasmania feels really like the west coast of Ireland, albeit with a lot less rain. The island is almost the same size as Ireland, but the population is smaller, only about half a million people. So, for the most part, it’s quite rural and there’s amazingly diverse nature all over the state. But it’s also a hotspot for climate change. Waters off Tasmania are warming at four times the global average making it an important place for marine research now and into the future.”