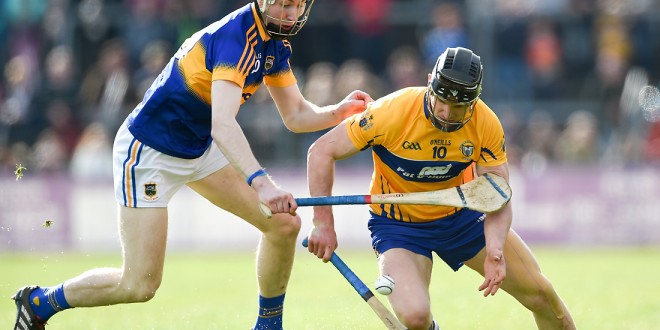 Clare will be looking to John Conlon for another big performances on Sunday. Photograph by John Kelly.

The Clare team to play Tipperary in the Munster senior hurling championship at Semple stadium in Thurles on Sunday is unchanged for that which was named to face Waterford two weeks ago.

Meanwhile Tipperary have made three changes to their starting line up from that which lined out against Waterford last week. Donagh Maher, Cathal Barrett and Patrick Maher have all been recalled and they take over from Michael Cahill, Noel McGrath and John O’Dwyer.

Meanwhile, there are some changes in personnell to the Clare minor hurling teasm for their clash with Tipperary at Thurles on Sunday.