Home » Lifestyle » Clare to feature in The Evolution of Ireland 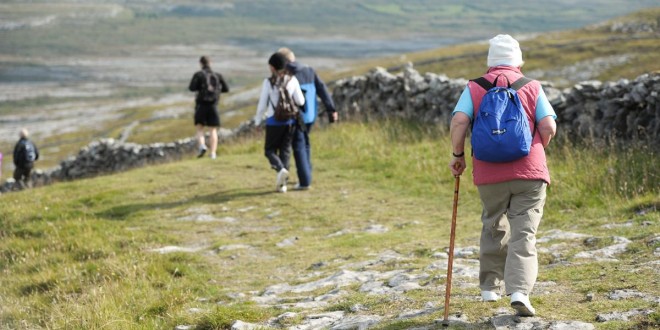 Clare to feature in The Evolution of Ireland

HISTORIAN and archaeologist Stephen Daly is working on an extremely ambitious book tracing the development of Ireland and he visited the Banner County last week as part of his project.
Between 2001 and 2008, he completed a degree in history, a postgraduate qualification in archaeology and worked on some major civil engineering projects in the West and Mid-West.
In 2009, he began working on this book and it has taken up nearly all his energy since.
“I’ve been at it full-time for the last five years. I never intended for it to be so long but I decided to devote the time that it demanded. I said I’d do it right if I was going doing it at all.”
Explaining what the book will cover, he says, “It’s called The Evolution of Ireland and it’s basically telling the complete story of Ireland, so it’s going back to the earliest human settlers of the island and even before that. It’ll go up to modern times and even beyond. The last chapter is about the near future, things like climate change and the possibility of united Ireland, things like that.”
While he has put much more into it than he expected, there is still a very long way to go.
“It’s coming out in two parts. Part one is coming out in 2016. I can’t give you a date on the second one but I’ve been working on both parts for the last five years. It’s a long project.”
When he spoke to The Champion, he was just about to arrive in Clare, where he was going to spend several days carrying out research. He says there is a lot for him to cover in the county’s rich history and unique landscape.
“I’m going to Killaloe in a few hours. There’s a lot to see in Clare. Killaloe was the birthplace and the seat of power of Brian Boru. This year is the 1,000th anniversary of the Battle of Clontarf and Killaloe is an important spot. From there, I’ll be swinging west and heading towards Corofin and I’ll be having a good look around the Burren, which is important for a lot of different reasons.
“You’ve got Poll na mBrón dolmen, which is one of the most iconic archaeological monuments in Ireland. The Burren itself has very interesting flora and fauna; you have arctic plants and temperate plants living side by side. There are grykes going down through the limestone plateau, going down about four metres and they have their own little ecosystem. From the Burren, I’ll be going up to Kinvara and out of Clare again.” 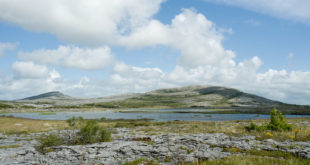