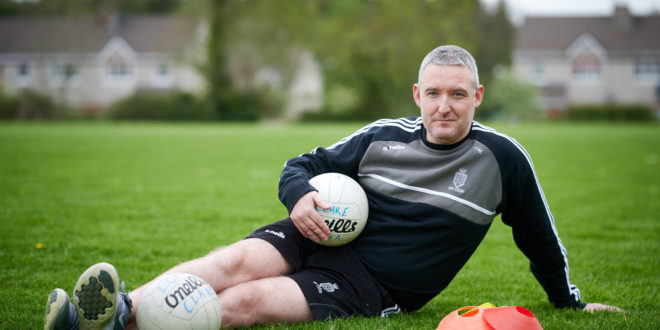 It was a case of job done for Clare’s LGFA side last Sunday afternoon with their first championship win of 2020 keeping those hopes of reaching the knockout stages alive.

It means this weekend’s showdown with Sligo is still a live contest with Clare needing to win while also hoping Laois can overcome Kildare, with that admittedly being a shock proposition.

Murrihy was pleased to get the result but admitted that the performance did not always match the result.

“It did for parts of it. We were sloppy at times and patchy, and it was nearly a mirror image of when we played them last year. We had 2-4 on the board after 10 minutes that day and we had 3-3 at that stage today. I was a bit disappointed that we did not push on and we were sloppy at times, but at the end of the day a win is a win. I was pleased with the second half performance on the back of the fact that I though the referee was a bit harder on us than them. We were down to 13 at some stages and to be fair to the girls we held onto the ball for 15 or 20 passes, we managed the game quite well, and made sure that the openings came. When they came back within six points we were clever enough to tag on those extra few scores to make sure that there was enough distance between us”, he noted.

Clare’s fate will be decided on the final day when they take on Sligo with one eye being firmly fixed on proceedings elsewhere. Murrihy said they can only concentrate on making sure they get the desired result before turning attentions elsewhere.

“Laois are seasoned intermediate team and we have had good battles with them. They will be playing Kildare in a local derby so you never know what might happen. All we can do is take care of our own business, and we did that today in a performance that was satisfactory and workmanlike rather than brilliant, outside of the first ten minutes. That is all we can ask from there really because even though the pitch was in good nick, it is still heavy going at this time of year. They were getting tired toward the end but I have to happy with the way we game managed. Last week we did not do that but today we did” he said.

Previous “If You Cannot Get Yourself Psyched Up This Week, Then You Have No Business Playing”
Next Championship Corner With Colin Ryan