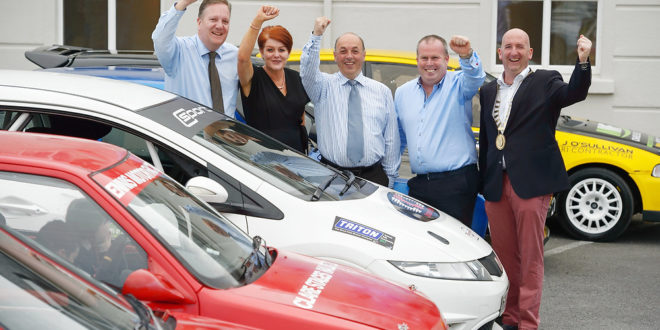 The decision to postpone the 2020 Clare Stages Rally was taken to avoiding further disruption to local communities in the wake of the Covid-19 crisis.

That is according to the clerk of the course Gerry O’Brien, who outlined that the committee felt it was unfair to implement the necessary road closures to run the event.

“The last rally ran in the country was the Mayo Stages rally which was the first week of March, and the first one cancelled was in West Cork which is a huge event with nearly 200 entries. Most had arrived in Clonakilty for it, and it was pulled on the Thursday evening due to the Covid-19 outbreak. There has been no motorsport of any description anywhere in the country since then. The Clare Motor Club is 40 years in existence this year and we had huge plans in place with a number of events across 2020. Our stages rally was due to be held on September 13 and we were in the planning process for that. I had a number of stages picked and had liaised with Clare County Council as regards closing roads. We felt that even if restrictions were lifted it was going to be very hard to start knocking on doors to tell people we were closing roads and locking them into their houses. It was not fair on people to do that because there has been such disruption to communities with Covid-19. We felt it was not the time or place to have a rally because the events rely on the goodwill of people for road closures and we decided this was not the year to do it. We made the decision a few weeks ago to postpone the rally for 2020” he explained.

With all sporting fixtures now finding new dates on the calendar, O’Brien feels it will take a great deal of work to reassign those dates when the sport does make its return.

“Every club in the country has their dates for the year and there are several different rallies around the country between forestry and tarmac. There is an executive committee formed within Motorsport Ireland to look at how we return to the sport in this country and in what format each discipline will come back in. There will likely be a lot of changes in terms of protocols because social distancing is not going to go away. You have spectator management at stages to think about too. In Clare, there are no routes we can go where you don’t encounter houses because we are a fairly built up county in that sense” he stated.

The practicalities of how the sport will return are yet to ironed out but the former Clare Motor Club chairman says while safety of competitors is one aspect which can be managed, there are several other factors to take into account.

“Each driver has a helmet, a balaclava, rally suit and gloves on so there is no flesh showing. The navigator has the same gear on just without the gloves. That is not really the issue. The big concern is spectators, service areas and service crews. If you have four or five people working on a car or have a crew looking after a number of cars at an event, that is where Motorsport Ireland see the problem. In terms of finances for our club for the year, we have no income coming in but we also have no expenses because we pulled our event without spending money. It is a stagnant year as such. Motorsport Ireland are meeting clubs at the end of July and they will look at putting a calendar together for the end of the year. Personally, I feel we will be lucky to see one rally event held in the country before 2021. You might have events behind closed doors in Mondello Park and there might be a few autocross events. There is a possibility we may be able to hold our autocross event in October but it is only a possibility” he stated.