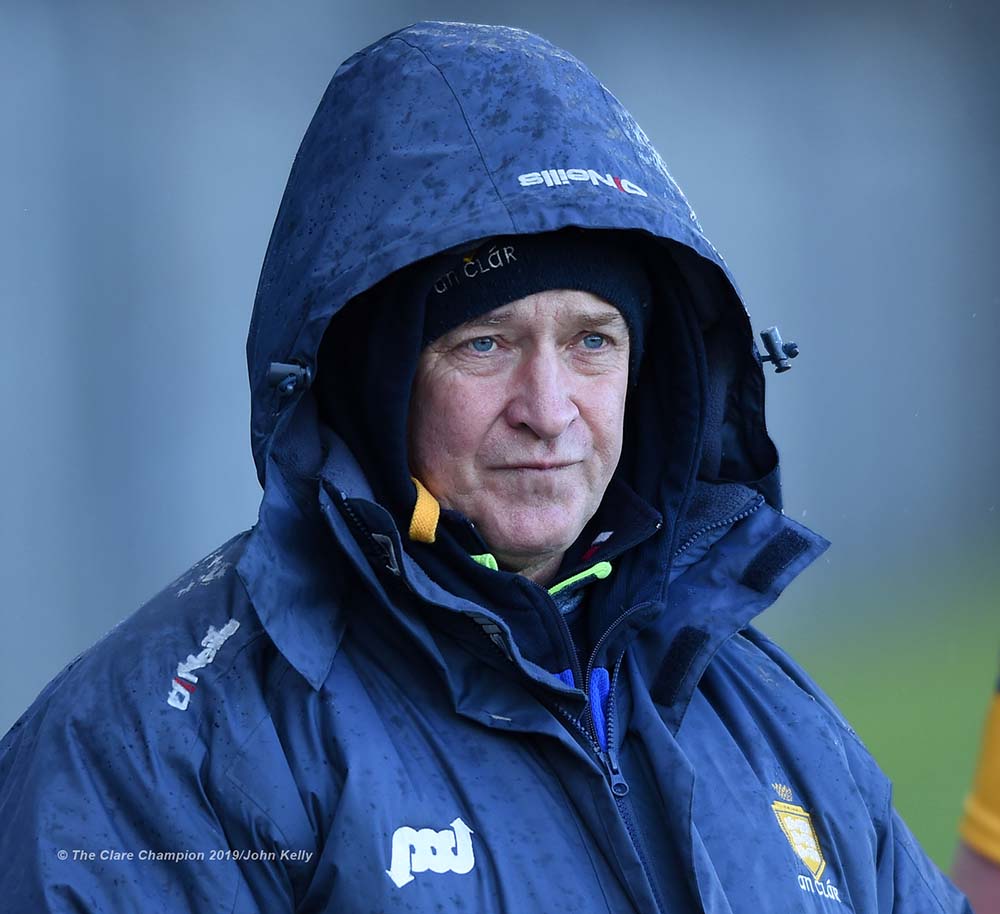 Clare are staring down the barrel of a relegation battle after suffering a third defeat of the National Football League Division Two campaign.

Colm Collins side lost out to Fermanagh by 0-12 to 0-9 in Brewster Park in a disappointing display.

Fermanagh led by one at the break after a dour opening half, with mass defences the order of the day.

The home side opened the scoring with the first two points, with Sean Quigley on target from a free while Shay Cullen found space all too easy in the Clare defence to notch another.

Sean Collins then punched a hole in the Fermanagh blanket to set up Kieran Malone for Clare’s opener, before Dean Ryan and Conor Finucane combined for the Lissycasey man to level the sides up.

Quigley landed another free soon after, before Gary Brennan converted his own mark. There was a touch of controversy about it though, as the Banner captain initially continued playing before kicking a wide, but the referee called it back.

Quigley and Tubridy swapped frees, before a half goal chance fell to Fermanagh’s Kevin McDonnell but he snatched at the ball and the chance went abegging.

Tubridy slotted his second free to give Clare the lead, but two in a row for the home side through Quigley and Kane Connor saw them lead at the break.

It could have been much worse though as Pierce DeLoughery produced a brilliant save from Ryan Lyons after he had drifted inside the Clare cover.

Jamie Malone kicked two second half points for Clare, but Fermanagh added to their tally with a free from Quigley and one each for Ciaran Corrigan and Declan McCusker to lead by 0-9 to 0-7 inside the final 15 minutes.

Clare were dealt a blow when Jamie Malone was dismissed on a black card meaning he would miss the closing ten minutes of the game.

Quigley hit another free with less than ten to go and Aidan Breen made it Fermanagh 0-11 Clare 0-7 with time running out.

Keelan Sexton cut that gap to three on 67 minutes, but Fermanagh responded with a fine score from Ryan Lyons.

A late goal chance for Sean O’Donoghue was well saved but Eoin Cleary was alert from the “45 to take a short pass and cut the gap to three once more.

It was as close as Clare would get, and they now face into the break with a relegation battle looming ahead of a home tie against Meath and a trip to Thurles on the final day.