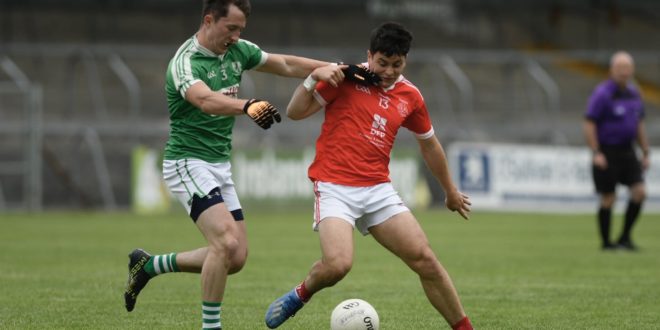 Knockout championship football lies in store this weekend with the losers of the six ties in the senior and intermediate grades seeing 2020 come to an end. The first three semi-finalists in both grades will also be decided as Derrick Lynch looks ahead to a fascinating weekend in store.

This fixture would have made for an outstanding county final, and while Jack Daly won’t be given to the winners of this tie, it is still a must win game for both to keep that dream of lifting the famous cup alive.

Eire Óg were impressive in the manner they went about their business in the opening round with a ruthless display against a young Kilrush side. The other side of that coin is that Paul Madden will have learned very little about his squad as it was a championship win at a canter.

On the other hand, Kilmurry came through another battle with neighbours Miltown where a strong second half showing saw them exact revenge for last year’s final defeat. The two week break to get any niggling injuries cleared up will have been welcomed too.

On the face of it, it is a question of taking a leap of faith or sticking with the tried and trusted. Kilmurry have been to the well so many times and always seem to come back with the answers. Eire Óg have promised so much in recent times but the big test will come when they are locked in a battle and have to dig deep.

The return of Ciaran Russell and Darren O’Neill gives the Townies a different look this year and with Gavin Cooney leading the scoring charge they look like a team who now have their eye in. Kilmurry have that knack of managing games at crucial times, and while they will have to go to the well again, that greater experience and championship know-how could be the telling factor.

The battle for North Clare sees two teams with a similar profile go head to head for a place in the last four.

Both these teams are built on youth while also having plenty experience along the way. They also had to withstand tough tests in the opening round so it remains to be seen who will have learned more from that initial outing.

There was more than a touch of fortune attached to St Breckan’s win over Cooraclare with a dramatic late goal proving the ultimate difference. That aside, there was plenty for Donie Garrihy’s men to be positive about but he will be the first to admit that much more will be needed this time around.

Ennistymon withheld a late Doonbeg fightback in what was a dour affair, but will be concerned about the lack of scoring power in their forward division. They were heavily reliant on Cillian Rouine’s frees two weeks ago and will need to offer more of a threat to make it back to back wins.

Ennistymon would seem to have the psychical edge but St Breckan’s look to have much more by way of scoring potential. Derbies are always tight, but that greater scoring threat might be the difference.

The giant killing neighbours square off here as they look to follow up their strong showing in the opening round by booking their spot in the semi-finals.

Kilmihil delivered the ultimate lesson in efficiency with their eight shots resulting in seven scores as they claimed the scalp of 2017 finalists Clondegad.

Lissycasey went the long way around before getting the better of Cratloe with a late penalty in extra-time seeing them through a tough encounter.

It remains to be seen what toll the efforts from both camps will have taken and how these sides have recovered could well be a key element.

It is another derby tie and one that has the potential to provide plenty fireworks. The battle of the middle third will be key and Lissycasey look to have a slight edge. If they can keep the supply lines open to the likes of Aaron Griffin and Conor Finnucane, it should see them through a stern test.

Holders Miltown were sent off on the scenic route to the 2020 title after losing their opening round tie to Kilmurry Ibrickane.

The champions made a strong start to the game but the manner in which they faded down the home straight will be cause for concern as they lock horns with the Magpies for the second year running.

Doonbeg were overly reliant on the long ball option as their attacking outlet and will need to come up with a change in approach if they are to reverse the result from last year’s semi-final.

Gordon Kelly’s departure with an injury in the final quarter two weeks ago was a telling factor and Miltown will need their leader in that centre back position. They should get their season back on track here, but it will not come easy.

The West Clare neighbours will come into this tie with differing mindsets from their opening round ties.

A bizarre late goal robbed the Sky Blues of a place in the winners round, while Kilrush will have no complaints after a heavy loss to Eire Óg.

The Shams are starting out on a rebuilding process and the removal of the threat of relegation this year affords Aidan Daly and his team the chance to see where their young charges stand.

Cooraclare are now in the well established phase in terms of their squad and will be eager to make it back towards the top table once more.

The greater experience of the Sky Blues will likely be the defining factor.

Both sides will have been encouraged by their opening round victories with the Parish coming through an epic extra time battle with Naomh Eoin while Michael Cusack’s were comfortable in seeing off Wolfe Tones.

Both will also have had dual commitments to contend with since then and it remains to be seen who will handle that busy schedule best.

St Joseph’s have been threatening a breakthrough at this grade in the past few years while the North Clare men are freshly up from the Junior A ranks.

There won’t be much in it, but it should be the Parish who come through.

Both these sides will be harbouring championship ambitions while hoping there is more improvement to come.

Kildysart were forced to endure a nervy finish before seeing off Corofin while O’Curry’s were always in control in their win over Coolmeen.

Kildysart have been knocking on the door with no reply over the last few years but an injection of young talent to support the more experience brigade will surely see them eventually reach the top tier once more.

O’Curry’s will be organised and well drilled under Dinny McMahon’s watch but if Kildysart can find that extra gear it should see them home.

It was a relatively straightforward assignment for these two sides in the opening round as Kilfenora saw off Eire Óg’s second string while the Gaels got the job done early against Liscannor.

On the face of it, the Gaels are entitled to carry the favourites tag with a number of their side holding U-21A medals and plenty experience along with them.

Kilfenora will not allow anything to come easy but a greater balance and scoring threat should be the key in seeing the West Clare men over the line.

Naomh Eoin will count themselves as unfortunate to have ended up in this side of the draw after a late surge saw St Joseph’s come through a dramatic encounter last time out.

They will also have taken great heart from that performance and with a good mixture of youth and experience they will have plenty confidence coming into this tie.

Eire Óg’s second string were no match for Kilfenora last time out and are meeting an even tougher test here, which is hard to see them passing.

These two sides went down in a disappointing manner in the opening round and will be aware that another poor performance will see their season ending.

The Shannon men imploded in the second half of their loss to Michael Cusacks and the red cards picked up in that tie will hamper their efforts here.

Coolmeen look to have the greater capacity to regroup and should get back on track here.

It is chalk and cheese when comparing how these teams performed in the opening round with Corofin just falling short while Liscannor never got going.

The age profiles of both squads is also at opposing ends of the spectrum with a youthful Corofin coming up against a seasoned Liscannor who are still calling on stalwarts like Ronan Slattery and Alan Clohessey.

Corofin will be disappointed not to be in the other side of the draw but they will move one step closer to making the last four here.