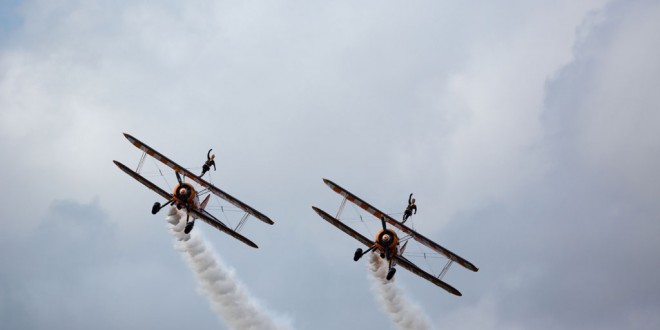 Clare’s Search and Rescue teams will participate in one the largest search
and rescue (SAR) training exercises ever undertaken in Ireland as part of
the second annual Foynes Air Show which takes place this Sunday.

The show will open at 1pm with the Irish Air Corps, Naval Service (LÉ
Samuel Beckett), Irish Coastguard, and Search and Rescue teams from all over the
country carrying out a massive sea, land and air exercise.

Hosted by Foynes Flying Boat & Maritime Museum, the air show will also
feature aircraft displays from across Europe, along with some of the
world’s top aerobatic pilots.

Among the aircraft taking to the skies over West Limerick and the Shannon
Estuary will be a Russian Mini MiG, authentic World War II aeroplanes, a
Hawker Hunter fighter, a P51 Mustang and James Bond’s BD-5 Micro-Jet.
Meanwhile, Aer Lingus’ first plane, the Iolar, will be flying in formation
for one of the first times ever at a public display with three de Havilland
Chipmunks in Air Corps colours.

The air show will also feature the world’s only formation wingwalking
display team, The Breitling Wingwalkers, who will perform a sequence of
formation loops and rolls while wingwalkers perform acrobatics on the
wings.

Park and Ride services will be provided throughout the event to enhance access to and
from the air show site.

The Foynes Air Show was first held in 2014 when the Foynes Flying Boat &
Maritime Museum marked the 75th anniversary of the first transatlantic
commercial passenger flight that took place to the Flyingboat base, located
23 miles from Limerick City.

“Foynes has a strong association with international aviation and has the
world’s only Flying Boat  Museum featuring the world’s only  replica of
B314 flying boat.

“The air show not only provides a wonderful day out for aviation enthusiasts and people of all ages but it also celebrates Foynes’ historic place in world aviation history,” commented Margaret O’Shaughnessy, Director of Foynes Flying Boat & Maritime Museum.