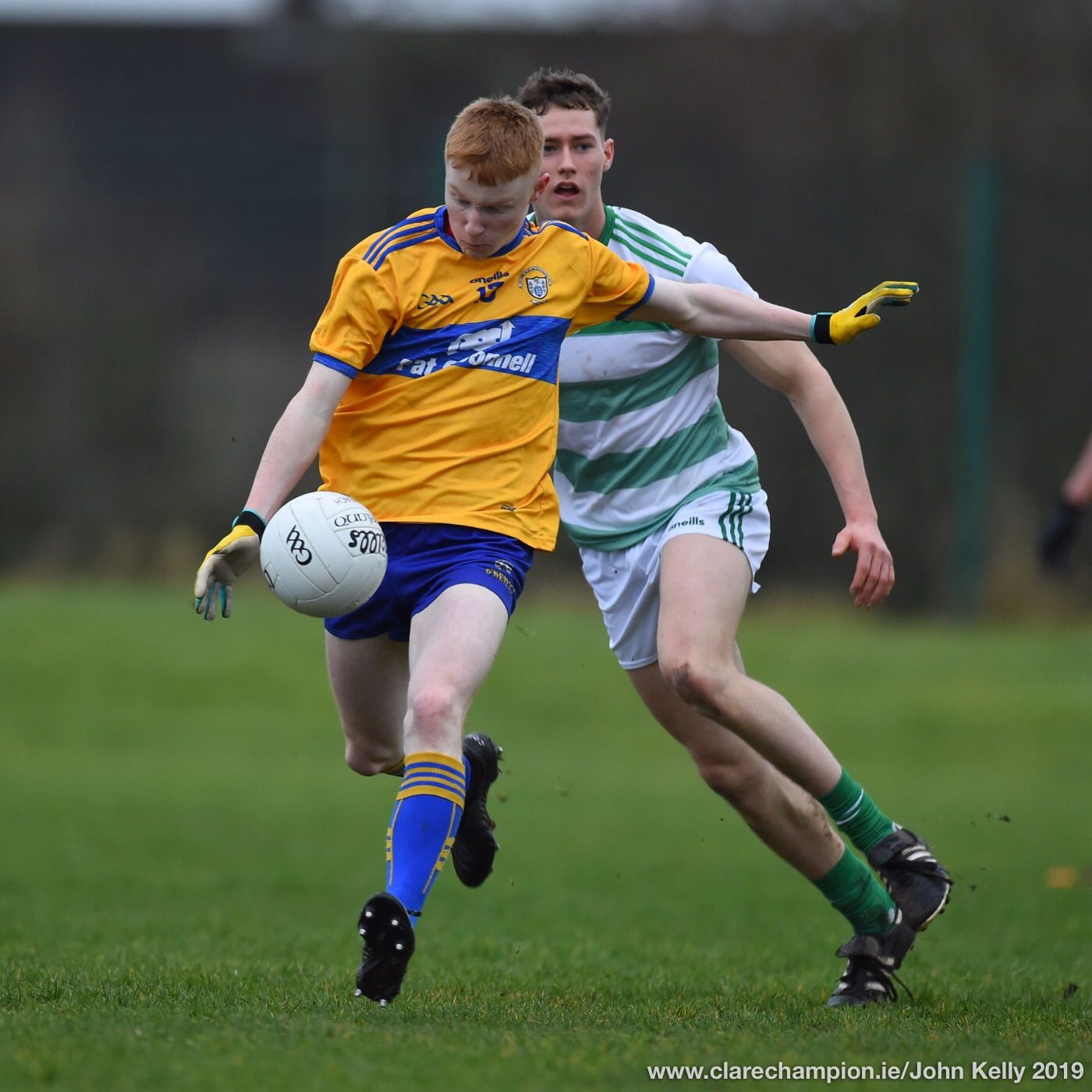 Shane Meehan in action for the Clare U20 footballers. Pic by John Kelly

With the start of the Munster championship just weeks away, Clare needed to hit 2020 running and they did that in style with a comprehensive win over their provincial rivals.

The margin of the victory was deserved and could have been even greater if Clare had converted two gilt edged goal chances in the second period. It mattered little in the end here but when the dress rehearsals are over, every opportunity needs to be taken. Clare were dominant after the restart, but Limerick will rue three frees that went awry when the game was still in the balance.

After the opening period, it looked as if a real battle was on the cards with the home side in Clarecastle holding the lead by 0-8 to 0-6 after weathering a Limerick fightback. As the break approached, Clare were 0-7 to 0-3 in front but a trio unanswered from the Shannonsiders kept the Banner on their toes. All that changed once the sides re-emerged from the dressing rooms, with Clare reeling off 0-6 before Limerick scored again, while two quickfire goals in the closing ten minutes put any doubts about the result to bed.

Rising star Shane Meehan was lively throughout and his partnership up front with Mark McInerney saw them share 1-10 between them. 0-7 of that tally came from McInerney including two frees, while Meehan’s goal after 52 minutes was as clinical as they come. He danced inside the Limerick defence after a clever ball from Cillian Rouine before hammering to the roof of the net. He turned provider moments later with a perfectly timed layoff for Eoghan Thynne to slot home from close range.

The introduction of senior panellist Emmet McMahon at the break saw Clare much more composed in the middle third with that dominance converted into scoring opportunities. The support play from the half-back line in particular meant any Clare forward who was under pressure always had an option for the offload while that favour was returned with the half-forward line dropping deep to offer the extra cover. The result was no more than Clare deserved as they played the better football throughout but on occasion, poor option taking in front of goal saw promising moves break down. Seamus Casey’s role as the spare man in defence saw him handle plenty ball while Meehan’s ever present danger up front caused problems throughout.

Clare take on Offaly this weekend in the second round where a win for the Banner would see them into the O’Connor Cup final.