CLARE patients who are being transported to the University Hospital Limerick (UHL) are being “shortchanged” due to the “unsafe” levels of overcrowding, a nursing union has claimed.

SIPTU health division representative, Tony Kenny, also expressed concern about the increased risk infection being posed to patients, who were among the 47 waiting for treatment on trolleys on Monday morning in the emergency department. According to the Irish Nurses and Midwives Organisation (INMO), the number of patients waiting to be admitted fell to 35 on Tuesday.

The union is supporting calls from the INMO for the implementation of the Major Emergency Plan at UHL to bring about a level of control and safety at the emergency department.

Mr Kenny claimed, at one stage, an ambulance was waiting about 20 minutes to transfer a patient from the vehicle into the emergency department because there was no spare trolley to accommodate them. Noting that the recent HIQA report outlined the emergency department was not “fit for purpose” a few months ago, he said it was very disappointing that the overcrowding issue has still not been resolved.

Under the reconfiguration process, which removed 24-hour emergency cover from Ennis Hospital in April 2009, he said Clare patients were promised a better service. He also questioned the ability of the department and staff to cope as the health service enters the winter period.

The INMO has assessed that at least an additional 70 acute beds are required at the hospital to cope with the fall-out from the reconfiguration process in the Mid-West. The union is also appealing to the new Minister for Health, Leo Varadkar, to take urgent action in respect of the consistent overcrowding in the emergency department. If €2million is made available by the minister, the union claimed an additional 30 beds could be in place very shortly, in time for expected winter pressures.

According to Mary Fogarty, INMO industrial relations officer, “There is no doubt that this level of overcrowding is causing poor outcomes for patients and a totally unacceptable work environment for staff. An urgent and implementable action plan is required, with robust management of same, if this hospital is to survive the winter without inflicting more harm on patients.

“This requires a two-step approach, firstly the activation of the Major Emergency Plan, once the level of overcrowding peaks and secondly, immediate funding to open 30 additional beds,” she said.

According to the HSE, UHL regrets that any patient has to wait to be admitted. It acknowledged UHL has been experiencing a high number of patients attending over a number of days, leading to significant delays accessing beds through the emergency department resulting in excessive waiting times.

The HSE noted the public should keep the emergency department for emergencies only and to contact their GP or out of hours services in the first instance.

“Local Injury Units are open in Ennis and Nenagh Hospitals from 8am to 8pm, Monday to Sunday and 8am to 6pm at St. John’s Hospital. Patients with minor injuries, example sprains, strains, wounds or cuts are encouraged to visit these units for treatment.” 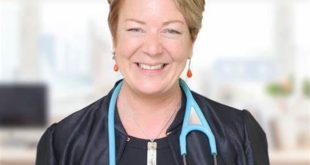