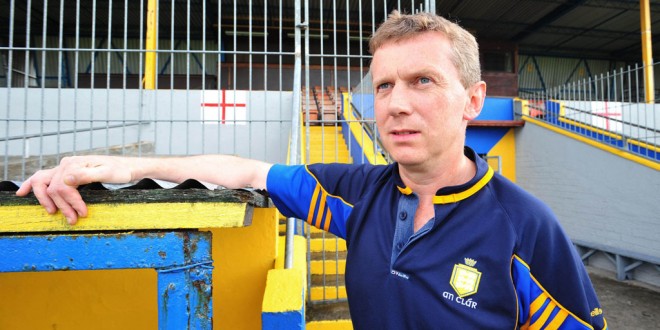 JOINT Clare senior hurling manager, Donal Moloney, will be free to patrol the sideline today in Cork following his successful appeal against a sideline ban. Moloney had to sit in the stand during Clare’s Munster final defeat to Cork in Thurles two weeks ago.

Meanwhile, an unchanged team has been named by the Clare senior hurling management for today’s All-Ireland quarter-final date with Wexford at Pairc Uí Chaoimh. However, there is a strong school of though which suggests that there will be at least one change in personnel before the game gets underway at 3pm.