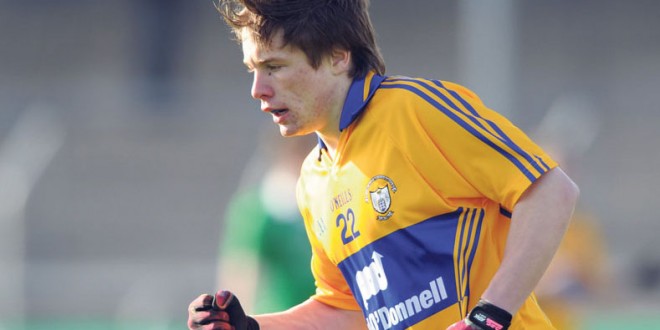 AN improved performance from a much-changed team earned Clare a merited win over Limerick in the Munster Minor Football Championship at NewcastleWest on Wednesday. It sets them up for a meeting with Waterford next week, in Waterford, for a place in the semi-final.

While Clare supporters in the official attendance of just 353 will be pleased with the result, there will be some concern at the concession of 3-5 in the second half. It would have been greater but Killian Normoyle made a fine save from a Shane Stack penalty six minutes from the end.

Overall, Clare were the better-balanced side and picked off some good scores. They were well on their way to the next round at the halfway stage when they held a 14-point lead.

A brilliant start to the second half, when they added 1-2 in the opening minutes, killed off Limerick’s chances of a win. To their credit, however, the Shannonsiders battled to the end and 2-1 in the final three minutes helped put a respectable look on the scoreboard. It also left the Clare management with some food for thought.

Clare went into Wednesday’s fixture with only four players filling the same positions they held when the team suffered a heavy defeat to Kerry in the first round.
This week’s team showed four changes and several positional switches, with only Killian Normoyle, Pierce Lillis, Cian O’Dea and Aidan Davidson remaining in the places they filled a week earlier.

Into the side came Liam Tierney, Conor Downes, Maccon Byrne and Liam Madigan, all of whom were introduced in the opening round. They replaced Eoin Hanrahan, Aaron Rudd, Conor Finnucane and Micheбl Duffy.

There was a new midfield partnership of Йire Уg clubmates, Conal У hAinifйin and James Woods, both of whom were in defence against Kerry. Team captain Brian Cahill moved to his more regular position of centre-back, flanked by Cian O’Dea and Niall McCarthy.

In a new look forward line, Keelan Sexton and Eimhin Courtney filled the central positions and they tormented the Limerick defence with their pace and movement.

Indeed, the changes made throughout the team resulted in the Banner side doing much better in all areas, with players looking more comfortable.
Points were exchanged in the early minutes but then Clare, playing with the aid of the wind, took control and they hit nine unanswered points to take a commanding lead. The margin should have been greater but Keelan Sexton somehow failed to find the target with the goal at his mercy in the eighth minute, after he had received a pass from Eimhin Courtney.

When the half-time whistle sounded, it was 1-13 to 0-2 in Clare’s favour. All six forwards, together with midfielder У hAinifйin and wing-back Cian O’Dea, were on the scoresheet.  The Clare goal came four minutes from half-time, Liam Madigan finding the net after Eimhin Courtney had created the opening.

Both of Limerick’s first half points came from wing-forward Mikey Morissey.
The home side came close to finding the Clare net in the 11th minute, at a time when the sides were level at 0-1 each, but goalkeeper Killian Normoyle got a hand to Shane Stack’s flick, to turn the ball behind for a 45’.

From there to the half-time whistle, Clare dominated matters and continued where they left off in the opening minutes of the second half, before Limerick staged their late rally, which raises some questions for next’s week game.