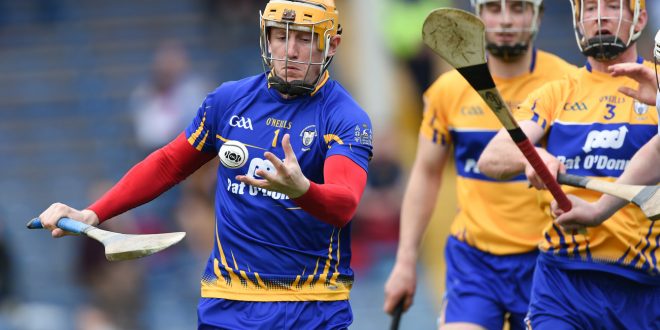 Patrick Kelly will make his first start in the 2017 league when he lines out against Tipperary on Sunday. Photograph by John Kelly.

There are two changes in personnell to the Clare team for Sunday’s hurling league round three date with Tipperary in Thurles from that which started against Kilkenny in their last outing.

Inagh-Kilnamona’s Patrick Kelly takes over in goals from Donal Tuohy while Cathal McInerney, following his impressive showing in the victory over Kilkenny when he was introduced, takes over at corner forward for the injured Shane O’Donnell.

Tulla’s David McInerney, recently returned from overseas is named amongst the substitutes as is Ian Galvin, younger brother of Colm. Ian missed last season ‘s club and county action due to a cruciate knee injury.

Sunday’s game in Semple stadium will get underway at 3p.m.