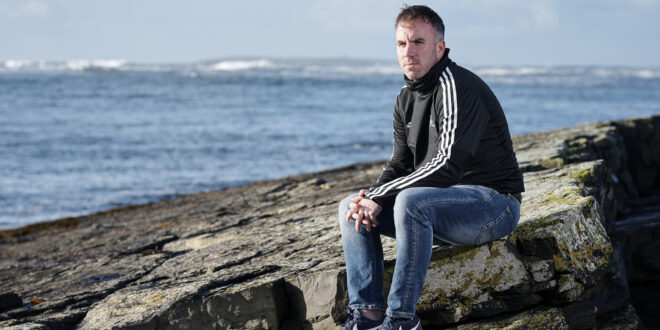 Clare LGFA Boss In Favour Of Club First Approach In 2021

The new manager of the Clare Ladies footballers feels that a more coordinated approach to returning to sport needs to be considered when plans are laid out in the coming weeks.

With the news last week that the GAA, LGFA and Camogie Associations had not sought to retain their elite status under Level Five restrictions, it means that a start date for a return to action across the codes remains unclear.

By contrast, the men’s and women’s League of Ireland campaigns will be returning in the coming weeks, and Kilmurry Ibrickane clubman Evan Talty feels other sports have shown that they can operate safely in the same manner.

“I did not realise that we had lost the elite status as I thought we were just going by the Level Five restrictions and being careful. I understand that the top level clubs in the soccer can operate in that training to match bubble, but they are a very small percentage. The teams in the Women’s League of Ireland are the same as the intercounty ladies teams. They are working outside of the sport and I think that we proved last year that we could do everything to keep safe. It all ran off very well but I accept that there are huge health concerns here. If we were playing and there was a risk that it would be detrimental to public health, then no way should we go with it. I just feel that it cannot be one rule for one group and a different rule for another” he noted.

With the new season now on hold indefinitely, the nine time club championship winner admits that it presents huge challenges in how to maintain a level of engagement. He feels that having a target each week for a training schedule is something that has far reaching benefits outside of a sporting context.

“It is a really difficult job to keep girls ticking over because you don’t want them peaking too early or even getting bored of it after a few weeks either. It is a tough juggling act but I feel that in keeping girls involved in an intercounty set up, not only from a football point of view but also from a mental health point of view, it gives them something to do and something to switch off for. It gives some bit of structure to their week so I think it is really good to keep them doing something. I leaned on other managers to get a bit of guidance from them and what came in all those conversations was that this is more than just football and it is more that just about getting players ready for intercounty football. There are a lot of players who are in doing the Leaving Cert, going to college or working from home. The vibes I have been getting from our group is that they are eager to keep things going rather than take a break because it will keep things structured for them. It gives them those few hours a week where they can switch off and do their training, which is something they are enjoying at the moment” he said.

Talty, who along with Enda Coughlan guided Kilmurry to the Clare LGFA Intermediate title last year, feels that the longer the pause button is pressed, the more it would make sense for the club season to be given the time to run to completion before the county scene begins.

“If we did not get the go ahead until May, I would rather see the club season brought forward to those summer months. You could run the club leagues and championship played over those months and get it all over before the county season starts. From a management point of view at both club and county level, it means that players are getting games in the summer time and with the county hat on, we are getting to see players having six to eight weeks of action and it would give us a better understanding of the squad. The players would have developed that level of fitness and match sharpness, so when we go back you could run the league and championship into each other” he stated.