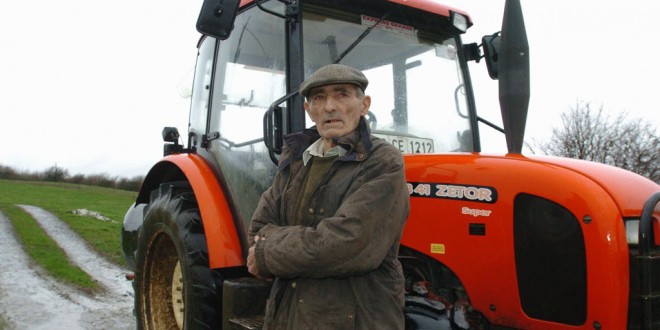 A special stone plaque commemorating the life of a Corofin “natural farming leader” will be revealed at the Clare IFA 60th anniversary dinner dance in Treacy’s West County Hotel on Saturday night.

Clare IFA will present the plaque to the family of the late Tom Cahill, who will lay it on his grave at Corofin cemetery after the function.

The citation on the stone reads, “Tom Cahill, in recognition of your outstanding contribution to Irish farming, Clare IFA”.

The first Clare IFA chairman was one of the most influential figures in local and national politics for years, particularly during the formative years of the new association.

Among his main achievements was being a founder member of National Farmers’ Association (NFA) in 1955, which later became the IFA, serving as secretary of the national council.
A staunch supporter of farmers’ rights, he devoted his life to improving the supports for farmers and left a huge legacy to Irish agriculture when he died at the age of 95 in December 2014.

“He always seemed to be able to guide IFA in the right direction. He knew that it was important to keep the consumer on side,” he noted.

“He was a very fair-minded man and a natural farming leader. He was extremely diligent and honest and never put himself to the forefront. He knew when the IFA was gone as far as it could go when it came to exerting political pressure.

“He was a man of great integrity, honesty and gave a total commitment to farming. He used to cycle from Corofin to Ennis to get a bus to Limerick and a train on to Dublin for IFA meetings. There was no cars in those days; to attend meetings involved a huge commitment,” he said.

st became involved in young farmer politics with Macra na Feirme and was on the national council until 1955, when he became involved with the National Farmers’ Association (NFA).
He was a founding member of the North Clare Agricultural Show and was secretary from 1948 to 1955.

On January 6, 1955, he attended the first meeting of the NFA in the Four Provinces’ Ballroom. Later that year, he became the first Clare NFA chairman and served at the helm until 1968.

In 1958, he was a founder member of Ennis Mart, later to become Clare Marts, and worked as a committee member from its inception.

He served as chairman of the Board of Clare Marts for 20 years from 1970 to 1990 and during his stewardship, he saw the society grow from strength to strength with the amalgamation of all the smaller marts in the county.

In 1988, he led the relocation of Ennis Mart site from the town centre to its present location on the Quin Road, which was the first mart development in Ireland to receive FEOGA grant aid.

In 1966, Mr Cahill led a Clare contingent on the march to Dublin and was one of the nine farmers who sat on the streets outside the Department of Agriculture for 21 days that October.

A founder member of FBD Insurance, he was a company director for many years and a board member for 15 years. He was also part of the founding of IFAC in the 1980s.
Born in January 1920, he was one of a family of eight, four brothers and three sisters. He farmed all his life in Corofin, where dairying, store cattle and sheep were the order of the day.

Not being content with what he had achieved locally, in the 1960s, Mr Cahill attended many meetings in Athenry, Ballinasloe and Ballyhaunis to help promote the development of co-ops, using his experience in Clare as an example of what could be achieved through unity.

In 1961, he was part of a delegation who met Pope John XXIII and contributed to the encyclical Mater et Magistra, which helped to promote the co-operative development worldwide.

Locally, he played a huge role in the development of the dairy and marts industry. He represented Clare for seven years on the board of Golden Vale, five of which were served on the inner board.