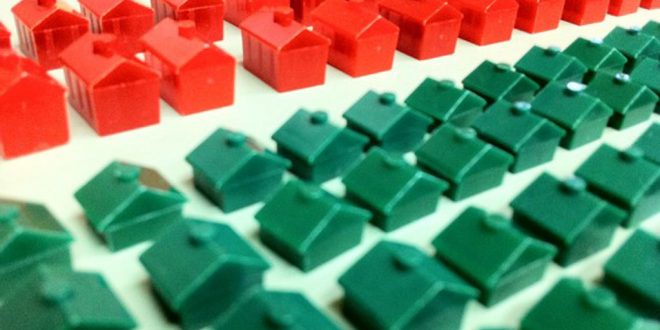 THE number of houses being bought and sold in Clare has been lower since the pandemic struck, but prices appear to be fairly stable.

Covid-19 became a part of life during March, but sales held up in that month, with 111 transactions filed in Clare, compared to 110 filed in March of the previous year.

While the volume of sales may have dropped, the mean and median prices don’t seem to have been impacted on very much, being relatively stable according to the figures, which are provided by the CSO. The most recent month for which statistics are available is July and at that point the mean sale price in Clare was €168,832 and the median price was €170,000, both of which were higher than in July 2019.

While the figures do give a good indication of what is happening with property, the CSO warn that the whole picture cannot be taken from them. “Residential properties are heterogeneous, meaning that no two houses or apartments are exactly identical. This poses a challenge when trying to construct a price index as there is a need to separate pure price change from differences in the quality and mix of the products being bought over time.

“Typically this is done by comparing the prices of exactly the same products, time after time. For example, this is the method used in the Consumer Price Index, where a fixed basket of consumer goods is re-priced every month. However, in the case of residential properties, price is determined by many characteristics (location, size, dwelling type etc.) which make direct price comparisons difficult. Furthermore, only a small portion of the total housing stock is sold in any given month.”

The Institute of Professional Auctioneers and Valuers recently produced a report on the state of business in the first half of 2020, and its Chief Executive Pat Davitt found that the market in rural Ireland has been quite resilient. “Nationally and internationally Ireland is looking like a safe place in Europe with many buyers eyeing the country as a location for a second home. This trend contrasts with the outflow of funds over the years to foreign properties. Many native Irish are now re-discovering Ireland and realising the value and beauty on our doorstep. During Covid-19 people have had an opportunity to consider where their lives are going and what the important things are into the future.

“With a general lack of enthusiasm for flying and a movement to working from home people are looking afresh at Ireland and like what they see in terms of a new blended lifestyle. This new wave of purchasers has certainly impacted the price of properties outside our cities, anything with a water view has become much sought after. This study shows prices across several counties have increased and while the barometer does not track one-off housing, if it did, I think we could anticipate much higher price increases.”

Owen Ryan has been a journalist with the Clare Champion since 2007, having previously worked for a number of other regional titles in Limerick, Galway and Cork.
Previous Concern over “worrying” backlog of eye appointments
Next Tubridy’s in Doonbeg closes due to Covid-19