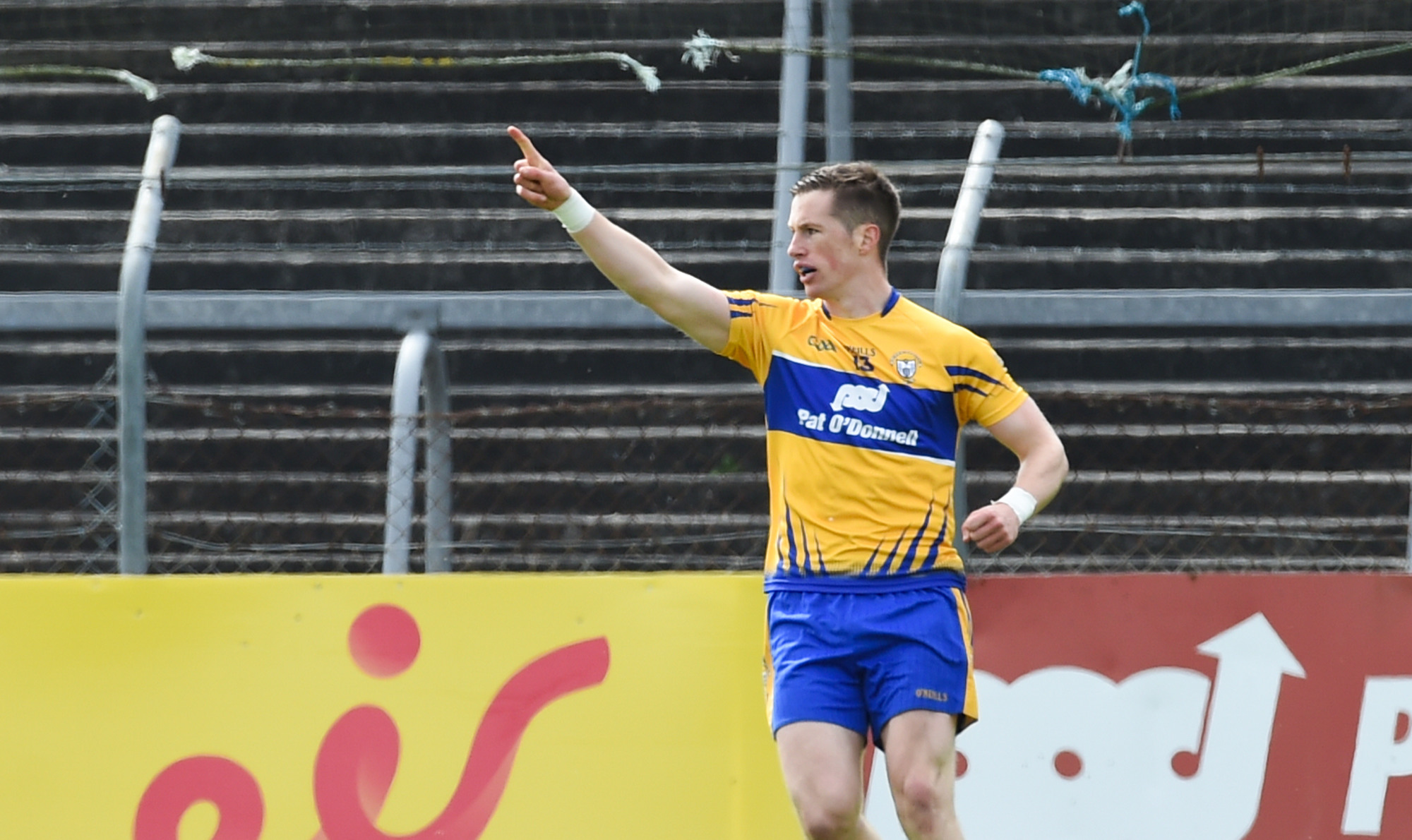 THE Clare footballers have qualified to play Kerry in the Munster semi-final in Ennis on the weekend of June 10/11 but they almost threw the game away in Cusack Park against Limerick.

While they led by five points at half time and six 12 minutes from full time, an injury time Josh Ryan goal pulled Limerick to within a point of their division 2 opponents.

While Limerick fought hard throughout, Clare held them at bay for most of the game, until Seán O’Dea intercepted a Joe Hayes kick out, which was aimed at John Hayes.

O’Dea found Ryan and the Limerick substitute goaled to give his side renewed hope of forcing a replay. Limerick had a chance to create an equaliser but Seán McSweeney’s shot went high and wide, when he could have held up the play and waited for a support run.

In a game which was played in front of an attendance of 2,968, the home county led 1-8 to 0-6 at half-time. Eoin Cleary put away their goal in the ninth minute. He held off Limerick corner back Daniel Daly, collected a Jamie Malone long delivery and applied a right footed finish.

Keelan Sexton pointed two quality points for Clare in that half, while Pearse Lillis also pointed, raiding from wing back.

A stand out feature of the first half was the fact that while Limerick gave the ball away sixteen times, Clare were much more efficient in this respect, turning over just five first half possessions.

However Limerick could have goaled twice in that half, with David Ward shooting low and wide in the 22nd minute, while in first half injury time Seamus O’Carroll had a shot saved by Joe Hayes, who diverted it around for a 45.

Eoin Cleary kicked Clare six points ahead immediately after half-time but the home county then dropped the tempo and the following 15 minutes were scoreless, until Danny Neville kicked a Limerick point.

Clare had two goalscoring chances with Jamie Malone and Keelan Sexton not taking full advantage of good opportunities. Sexton produced a good save from Limerick goalkeeper Donal O’Sullivan, nine minutes from time. A goal at that juncture would have finished Limerick but instead they stayed in the game and Ryan’s late goal almost helped them to rescue at least a replay.

Both teams went short with most of their kick outs and the game featured just one mark.

Clare will have to improve radically if they are to compete with Kerry on Sunday week in Ennis. While they played some good football in the opening half, their second half display lacked urgency and bite.

West Clare native Peter O'Connell has worked for The Clare Champion for 12 years and covers everything from sport, especially GAA, news, features and has been even known to branch into the fashion scene on occasion.
@@westclarepage
Previous Funds available for community groups
Next New emergency department opens in Limerick