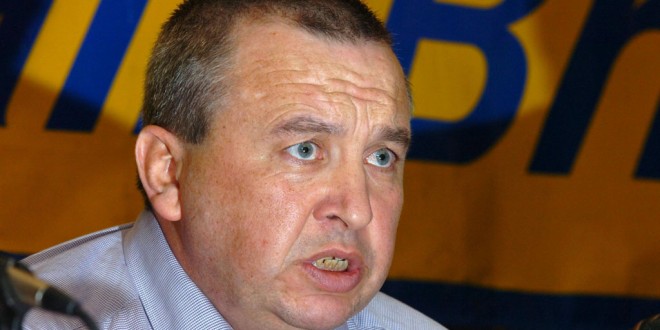 THE publication of a so-called fictitious internal Fianna Fáil poll with percentage ratings for five general election candidates in Clare was designed to hinder the election chances of some contestants.
That’s the charge levelled by Clare GAA County Board chairman, Michael McDonagh, who issued a scathing attack on the unnamed source who provided information for a media report.
Mr McDonagh, who will be one of the five general election candidates seeking a party nomination before the closing date of June 22, launched his broadside as senior party figures at local and national level insisted no official poll was completed on their behalf at this stage.
The contents of the report prompted Mr McDonagh to vent his anger in a hard-hitting statement issued to The Clare Champion.
“When an individual, well-placed and trusted Fianna Fáil media source gives an interview to the press about the results of an internal Fianna Fáil opinion poll that has never taken place, you know you are in Fianna Fáil election mode.
“Fair play to whoever got the press to print this story. They certainly got their message out there. This is not the way I would conduct myself with the press.
“Fianna Fáil, both locally and nationally, have informed me they never commissioned such a poll.
“One can only surmise why this Fianna Fáil ‘poll’ was released to the press before the Clare Dáil Selection Convention,” he said.
Stressing that the country needs a new Fianna Fáil, Mr McDonagh said he isn’t someone who hides behind the press to be simply known as a well-placed insider.
“One thing is for sure, this source can never be used by the press again.
“In my opinion, the release of this Fianna Fáil poll was designed to damage the standing of some of the Fianna Fáil candidates who have been brave enough to put their names before the convention.
“I will not be silenced by people who are afraid to give their name to a story,” he said.
Clare Comhairle Dáil Ceanntair chairman, Patrick Moloney, said no internal poll was completed on behalf of the party, as this would have to be done through party headquarters.
Asked about the media report, Mr Moloney said he didn’t know where it came from and was not aware that any of the local candidates had commissioned their own poll.
Fianna Fáil general secretary, Sean Dorgan, confirmed that no official poll was completed by party headquarters in the Clare constituency.
Mr Dorgan said nomination papers for the Dáil Selection Convention had been sent out to about 650 members in Clare, who have until Monday, June 22 to complete them.
It is anticipated that there will be five contestants looking for a place on the Fianna Fáil ticket in Clare. They include sitting Deputy Timmy Dooley, three West Clare candidates Rita McInerney, John Hillery and Michael McDonagh, as well as Councillor Claire Colleran-Molloy.
A registered cumann or five members can nominate a candidate for the convention.
Previously, a Fianna Fáil cumman had three votes but now the party has changed to a one-man one-vote for all its conventions.
Asked if the party would select all its candidates on the night of the convention, Mr Dorgan said no decision has been made on the party’s election strategy in the Clare constituency.
Once the closing date for nominations passes, he said the party would move to stage two of its election process, by organising and finalising a date for the convention.
Asked for a timeframe, he declined to give an expected date and when pressed further, felt it may happen within the next six weeks.
While Mr Dorgan expressed confidence that the party would meet the new national 30% female quota requirement, he declined to confirm whether or not this would be applied in Clare, as issues like this would be decided by its National Constituency Committee, which is chaired by Michael Moynihan.
Deputy Timmy Dooley said he didn’t have any knowledge of this alleged poll, apart from what was reported.