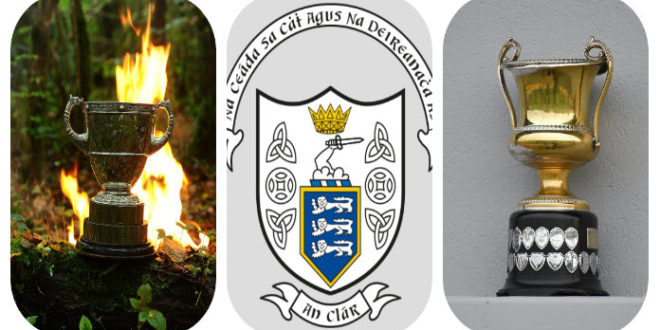 The 2020 Clare GAA club championships are set to continue over the coming weeks with some alterations to planned fixtures in light of the confirmation of cases of Covid-19 at Cratloe GAA.

Clubs this week gave their backing to some championship games being postponed for two weeks in order to allow both Cratloe and Clondegad GAA clubs to complete their isolation periods.

Six cases of the virus have now been confirmed by Cratloe, with 40 individuals who attended a training session on Bank Holiday Monday all having been tested for the virus. Clondegad also confirmed their junior panel were self-isolating as a precautionary measure having played against Cratloe in the championship with one of the south-east Clare players from that fixture testing positive for Covid-19.

It means that the championship is now likely to run into October with county board chairman Joe Cooney acknowledging that the disruption to fixtures would also impact on the preparation of Clare’s intercounty teams ahead of their return to action later in the Autumn. Clubs queried what the plan would be if more cases were to emerge in other clubs in the coming weeks, with Mr Cooney stating that is was a big concern at the moment but that he was hopeful that it would not happen. He also confirmed that the executive have only been made aware of the cases in Cratloe and those isolating in Clondegad, and outlined that reports of cases in other clubs is mere speculation.

Eire Óg’s Jimmy Cooney and Corofin’s Brian Gillespie were among those who felt that clarity was needed as to how things will proceed, with Jimmy Cooney expressing his view that “we are currently in a vacuum”. The Townies are due to meet Cratloe in the senior hurling championship in two weeks time with the winners advancing to a quarter-final on the weekend of September 5.

A number of clubs also expressed their support for Cratloe and Clondegad with Robert Frost of O’Callaghan’s Mills stating that he would provide any assistance he could in what he described as “an awful situation” for the clubs involved. A similar sentiment was expressed by Kilmurry Ibrickane chairman Martin Lynch who offered his support and stated that “we are totally behind anything that can be done for Cratloe because tomorrow it could be our own story”.

Tony O’Brien from Smith O’Brien’s urged the board to push ahead with the championships in order to get as many games played as possible. The Killaloe man also stated that it was impossible to give any clarity or certainty in the midst of the current crisis and expressed his fear that the decision could well be taken out of the hands of the GAA given what had happened with the lockdown counties in the Midlands. He stated that we are currently in “unchartered territory” but warned that sacrifices may have to be made by dual players in order to ensure that fixtures can proceed.

The draws were also made on Tuesday evening for the quarter-finals of the Clare senior and intermediate hurling championships.

The clash of Scariff and Tulla is the highlight of the intermediate draw which also sees St Joseph’s meet Bodyke, Sixmilebridge face Tubber while the winner of Cratloe v Corofin take on Smith O’Brien’s.

The fixtures not involving Cratloe will all take place in two weeks time.