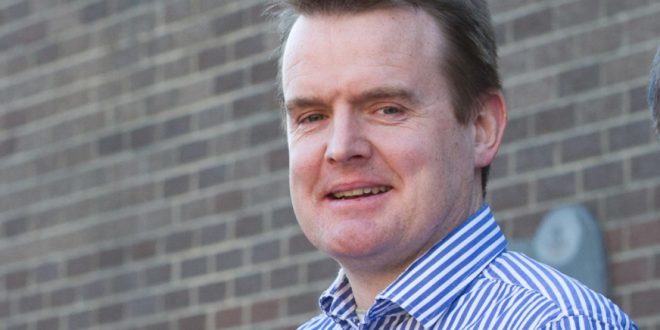 THE Clare Champion has scooped another award at the Local Ireland Media Awards, as reporter Dan Danaher’s series focusing on the EPA took the news series prize.

This is the second award for The Clare Champion in the two year history of the Local Ireland Media Awards, as last year the regional newspaper took the prize for best feature article.

Also nominated for an award was ‘Clare Champion reporter Peter O’Connell for his news story, Death by Geography.

Of those that were featured in The Clare Champion/Mary Raftery Special Investigation, 15 companies were initially granted Integrated Pollution and Prevention Control (IPPC) licences.

The two exceptions were Enva and Clean Ireland Recycling Limited, who have waste licences. The main function of these licences is to ensure that companies, who are handling potentially toxic chemicals and waste that can seriously damage the environment, operate to the highest standards.

The investigation looked at the companies’ environmental compliance and examined the effectiveness of the EPA to act as an independent environmental watchdog.

The series placed the current self-monitoring reporting system by companies for environmental breaches under the spotlight.

The Local Ireland Media Awards was presented at a ceremony in the Killeshin Hotel, Portlaoise, on Thursday, May 18 and Michael Lyster, RTÉ sports broadcaster was the MC on the night.

The awards event is organised by Local Ireland, which is the promotional brand of the Regional Newspapers and Printers Association of Ireland (RNPAI).
The group represents 35 companies across the country, including newspaper titles and printing companies.

Carol Byrne is a reporter at The Clare Champion newspaper reporting on news in the East Clare area and the arts. She also covers the courts in County Clare and has received seven national awards for this coverage from the Law Society of Ireland and a National Lottery Local Ireland national media award for Best Community Story 2019. A Masters in Journalism graduate of NUI Galway, she also holds a Bachelor of Arts from the University of Limerick in Music and Media Studies, and a Higher Diploma in Irish Legal Studies. She began her career interning at The Limerick Leader and Clare FM, before taking up a full time post at The Clare Champion in 2006.
@@Carlsburn
Previous Coveney on visit to Ennis
Next Ennis cafe plans turned down

FOLLOWING a meeting in Shannon this evening, Sinn Féin have opted for Donna McGettigan to …