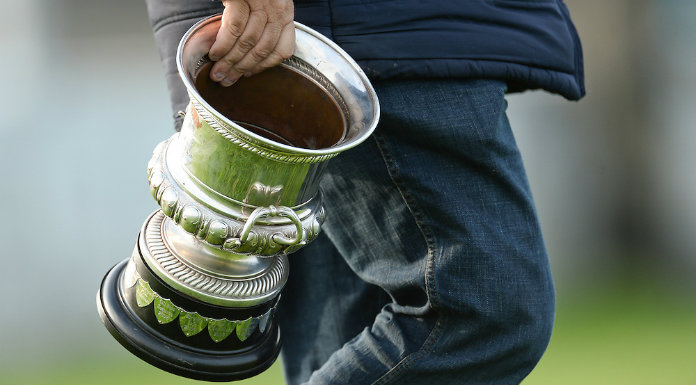 Another busy weekend of club football action lies in store.

The Clare Champion’s Derrick Lynch has been looking ahead to the games in the Cusack and Garry Cups as the closing rounds come into focus.

These two sides come into this contest knowing points are crucial but for different reasons. After a slow start to the campaign it looks like Kilmurry’s run of eight consecutive titles will end in 2019, with a semi-final spot probably beyond their reach with just three rounds to go. St Breckan’s know they will at least consolidate their place in the top tier with a win while also keeping hopes of the knockout stages alive. Donie Garrihy’s side edged a titanic battle with Cooraclare last time out and they will take great heart from the way they saw out that contest. The Brick’s were also forced to battle last time out as a dramatic finish saw them take a point from Ennistymon. Joe McGann and Martin McMahon could return for their respective sides this weekend after missing out on the last round. It will likely be a close run contest, but the greater need for the champions to move away from the drop zone could be the defining factor.

These sides are operating at opposite ends of the table, with the Townies among three teams at the top while Lissycasey are staring at the possibility of relegation to the Garry Cup. Wayward shooting cost them dearly last time out against Clondegad in a game they should realistically have won. Eire Óg were also beaten in the last round as they succumbed to a late Miltown rally. Lissycasey have found scores hard to come by in their last two games, and they know they cannot afford to waste the amount of chances they did against Clondegad if they are to take the points from Clonroadmore. The Townies will be eager to get back to winning ways, but keeping their discipline will be crucial. If they keep 15 on the field, and their attack fires the way it can, then they should pick up another victory.

The mantle of tie of the round goes to this fixture in what is a repeat of the 2017 championship semi-final. It was the Ballynacally men who took the bragging rights on that occasion, but St Joseph’s were comfortable winners in this fixture last year. Both sides come into the game off the back of victory last time out, with Clondegad digging deep to overcome Lissycasey while Miltown did likewise to see off the challenge of Eire Óg. The midfield battle here will be fascinating, as county captain Gary Brennan and James Murphy line up against Oisin Looney and Gearoid Curtin. A potent Miltown attack will make the trip to Ballyncally, and Mikey Hehir will be plotting as to how to curtail Eoin Cleary and Cormac Murray in particular. Graham Kelly could miss this game through injury, so Miltown will have to reshuffle. The home side will need to put up a good score to outshoot this Miltown front-six, but the Cooraclare game aside, they have not been scoring heavily so far. David O’Brien’s charges will score goals, but with Gordon Kelly et al marshalling at the back, they won’t give up too many. They should put one foot in the final here.

Ennistymon v Cooraclare in Ennistymon on Saturday at 3.30pm

Another trip to North Clare awaits the Sky Blues this weekend and while they will be disappointed with the result last time out, they will take great heart from their performance. Ennistymon will be disappointed too, as they let an eight point lead slip against Kilmurry Ibrickane last time out to share the spoils. Mark Shannon’s side know anything less than a win here will mean an uphill battle to make the knockout stages, while Cooraclare will be all but relegated unless they avoid defeat. The Ennistymon attack has the capability to cause plenty problems for the Cooraclare defence, with Cillian Rouine and Ross O’Doherty in particular needing serious watching. Sean O’Donoghue will be central to the Cooraclare challenge but will need plenty support up front if they are to pick up their first win. It will be tight, but the home side should just edge it.

Corofin v Doonbeg in Corofin on Saturday at 3pm

With just three rounds left to play, these two sides are part of four-way tie at the top of the standings. The North Clare men are unbeaten in their last three games, scoring nine goals along the way. Those scores have been spread well through the team, with Gearoid Cahill and Jamie Malone being ably assisted by Eoin Davoren who notched a hat-trick last time out. Doonbeg got back to winning ways last weekend after overcoming fellow table-toppers Kildysart in an entertaining tussle. They are still without county star David Tubridy, but Paul Dillon is also a potential match winner for the Magpies. The winners of this one will put one foot in the knock-out stages, and a greater scoring threat may just edge it for the home side.

The men from the peninsula followed up their win over Doonbeg by taking the scalp of Cratloe last time out, and will be confident of making it three victories on the trot this weekend. This is their first game back at home since the opening round, and they welcome a Kilmihil side who edged a high-scoring encounter against St Joseph’s Doora Barefield last time out. With six of the eight teams in the Garry Cup still in contention for the knockout stages, every point is crucial in the closing rounds. O’Curry’s can steal a march on the chasing pack with a win, while Kilmihil will come right into the mix if they can get the result. With two good wins on the road behind them, a hesitant nod goes to O’Curry’s.

The south-east Clare men come into this game without a win from their opening four games, and are now facing a major battle to avoid dropping to Division Three. Cratloe do not usually pay much heed to the league, and it tends to have little impact on them when championship rolls around. St Joseph’s sit just above them but four points clear, and know that if they win, they will likely relegate their hosts while securing their own status. With county hurlers and footballers to manage, Cratloe have been forced into splitting resources between the two codes throughout the campaign to date. With so much at stake, the home side should put up a serious battle here and if they do, it might be enough to break their duck.

Kilfenora v Kildysart in Kilfenora on Saturday at 6pm

Top plays bottom as high flying Kildysart make the trip to North Clare looking to take another step towards promotion. The only blot on their copybook came last weekend when a late charge from Doonbeg saw them end Kildysart’s unbeaten streak. Kilfenora are struggling to find any form so far, but will be heartened by their display against neighbours Corofin last time out. Anything other than a win here will likely see them relegated to Division Three, just 12 months after they came up as champions. Their visitors this weekend will have no sympathy for their troubles, and should put another nail in the coffin.