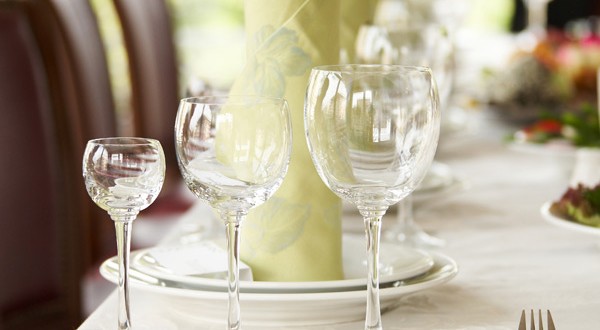 The Dining Room at Gregan’s Castle, Ballyvaughan was named best hotel restaurant in Munster while best customer service in the province was deemed to be in Earl of Thomond at Dromoland Castle Hotel.

Kilkenny Restaurant Campagne took home the prize of Best Restaurant in Ireland and Neven Maguire, Head Chef of MacNean House and Restaurant, was crowned Best Chef in Ireland at the Irish Restaurant Awards 2014 in association with the Sunday Independent LIFE Magazine, on Monday.

Over 900 restaurateurs and industry players turned out to attend Ireland’s biggest ever restaurant awards where regional and All-Ireland winners were announced.

Pádraic Óg Gallagher, President of the Restaurants Association of Ireland said: “This year’s awards have been the biggest, brightest- and the best. They are the awards everyone wants to be associated with, and everyone wants to be a winner. As a testament to their success, we’ve seen a huge increase in nominations and votes since last year, with over 19,000 nominations for Ireland’s favourite restaurants, chefs, gastro pubs, hotel restaurants, restaurant managers and ‘foodie towns’ throughout the country. The Irish Restaurant Awards are all about celebrating those who have brought acclaim to the Irish food scene from abroad and who keep the restaurant industry thriving at home.”

“Ireland has so much to offer to the culinary tourist, and these Awards remind everyone of the quality and class of Irish restaurants and Chefs. The Irish restaurant scene is vital to the economy, employing 64,000 people and generating revenue in excess of €2 billion per year, it’s great to celebrate the work that all of our restaurateurs around the country do to keep this aspect of our culture alive and kicking,” he added.

Drugs worth €97,000 taken off Clare Streets for Christmas