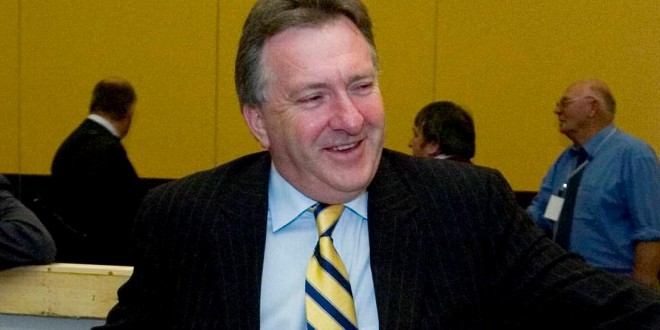 Clare businessman accussed of ‘playing a game’ over mortgage

Clare’s County Registrar has made an order for the repossession of the house of a Clare businessman, after accusing him of “playing a game” with his bank.

At the repossession court in Ennis, Clare County Registrar Pat Wallace granted Permanent TSB possession of the house, after stating that the man “has gone 10 years without repaying the loan”.

Mr Wallace said he was granting the order for possession “on the basis that I know that you could have paid and you didn’t pay. You understand that? Thanks very much.”

The repayments on the mortgage were €1,100 per month and the man said that he had been making payments of €600 per month since 2014.

However, Mr Wallace said, “You took out the loan. You promised to pay it back and you haven’t paid it back in 10 years. That is the essence of it.”

The man said that he hoped to reach a settlement with Permanent TSB on the monies owed.

Mr Wallace asked, “What are going to settle with? I think you could have paid and you decided not to pay. You have played a game, in the hope that that would happen and that hasn’t happened at all.”

In reply, the man said, “I wasn’t under the illusion that it was going to go away.”
Mr Wallace said, “I can understand people coming in here, who have lost their jobs during the recession or have had income reduced or they made an effort. I think you sat at home and consciously said, ‘I won’t pay this loan. I can pay more and I won’t pay’.”

The man replied, “I was self-employed at the time. The recession also hit me. I paid €600 every month.”

In reponse, Mr Wallace said, “You have gone 10 years without paying your loan. That is the reality. That is what this adds up to. They are the figures.”

Mr Wallace said he was granting the order for repossession, with a stay for 12 months.
The man that he had retained solicitors to represent him and he was looking for a statement of affairs from the bank on his account.