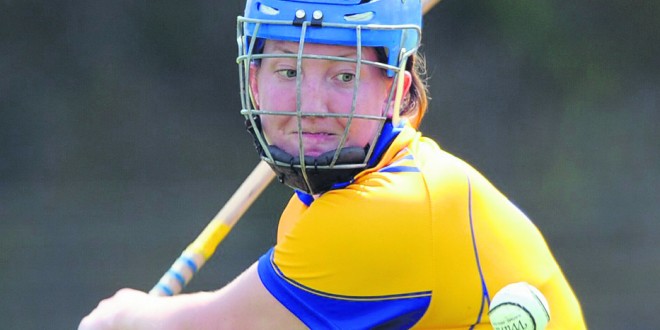 Cork progressed to the Munster senior camogie final when they accounted for Clare at rain lashed Sixmilebridge on Sunday afternoon but the final scoreline is somewhat flattering to the visitors.

Just a point separated the teams at the three quarter stage when the score was 0-7 to 0-6 in Cork’s favour. Then Katriona Mackey struck for the game’s only goal, a somewhat fortunate score and from here on the visitors dominated adding 0-8 without reply from Clare.

Conditions were atrocious for this tie with players having to contend with heavy rainfall throughout. Despite the rain, the pitch was in a remarkably good condition and there was some high standard camogie played.

Clare went into the game without a number of experienced regulars due to a variety of reasons. These included Fiona Lafferty, Eimear Considine, Niamh O’Dea and Naoimi Carroll and they were further weakened by the unavailability of All star Maire McGrath due to work commitments

Cork led by three points at half time, 0-5 to 0-2, both of Clare’s scores coming from Chloe Morey. The home side piled on the pressure on the resumption and outscored the visitors, 0-4 to 0-2 in the third quarter to leave the score at 0-7 to 0-6.

A minute later the game took a decisive turn in Cork’s favour. Katriona Mackey, their top scorer on the day with 1-5 to her credit, fired in a shot from a tight angle which ended up in the net off the stick of Clare goalie Denise Lynch.

It proved to be a crucial score and from here to the finish the winners held the upperhand and pulled away for a merited victory.