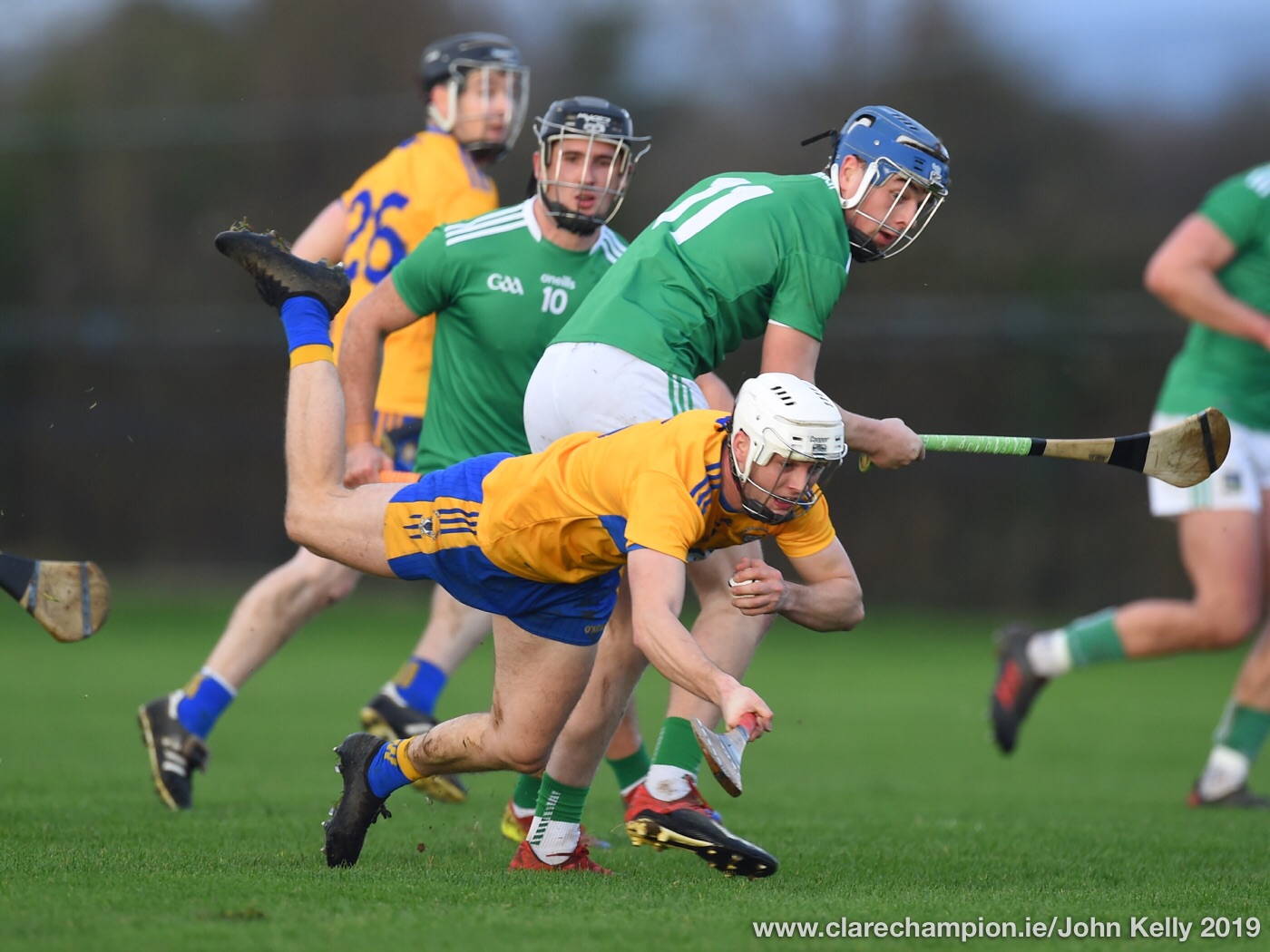 Clare bow out of Munster Hurling League with loss to Limerick

LIMERICK booked their place in the Munster Hurling League final with an eight-point victory over Clare in Sixmilebridge this afternoon.

A late Aron Shanagher goal did little to claw back Limerick, and the Treaty county coasted to success in the closing minutes.

Limerick flew out of the traps and raced into a 0-9 to 0-1 lead after 16 minutes, thanks mostly to David Reidy of Athlacca and Adrian Breen. Breen was a particular nuisance to Clare’s full-back line in the first quarter.

Reidy finished with a monster total of 1-12, being substituted after an hour of play.

When Clare did settle, they outscored Limerick 0-8 to 0-4 from the 17th minute until half-time. It was Niall Deasy who did most of Clare’s damage, landing some monster frees to keep the Banner within touching distance.

Diarmuid Ryan also landed two points within 30 seconds of each other when he benefitted from a poor Barry Hennessy puck-out to double his tally having previously split the Limerick posts.

Stephen O’Halloran also landed a fine score from distance and Shanagher also landed a point to see Clare trail 0-13 to 0-9 at the break.

The second half started in a tit-for-tat fashion with Deasy and Reidy trading frees, but points from Mikey O’Neill, Deasy and Colin Guilfoyle ensured Clare stayed in the hunt.

Tom Morrissey’s presence was eventually felt as he landed two excellent points before the defining score of the game arrived, in the form of a David Reidy goal.

Graeme Mulcahy had just been sprung from the bench when the Kilmallock man found himself bearing down on Eibhear Quilligan’s goal. Mulcahy mishit his shot but the sliotar deflected into the path of Reidy, who pulled first time and found the back of the Clare net. This afforded Limerick breathing room that they would not relinquish.

Tony Kelly and late introduction Liam Corry both added points, while Aron Shanagher benefitted from a mix-up in defence by Limerick when Kelly sent in a high ball, and Shanagher flicked to the net.

This was a consolation goal and a late rally of points ensured Limerick would prevail by eight.