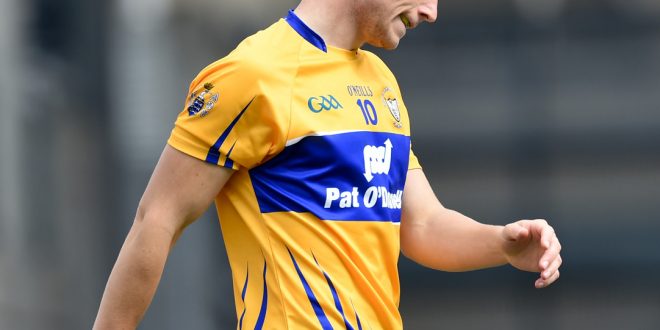 Clare have not won the McGrath Cup since 2008 and looked very likely to win the 2018 tournament, when they led by four points, six minutes from time.

However Cork threw everything at Clare in the closing minutes and Sherlock’s goal won it for Ronan McCarthy’s team in a game played in front of an attendance of 691.

Clare were very slow to settle and trailed by 10 points, 2-8 to 0-4, four minutes before half-time. Eimhin Courtney and Conor Finnucane were the only Clare scorers in the opening half half, with the Éire Óg man scoring both of his points from play.

However a Keelan Sexton goal, just before half-time, gave some hope to Clare, who started the second half superbly.

Cork goalkeeper Mark White made a couple of second half errors, one of which led to Alan Sweeney goaling, while Gearóid O’Brien netted after an Eimihin Courtney delivery caused consternation in the Cork full back line.

Clare were disappointed to lose the game, when a bit of composure would have aided them in injury time. However a number or players, including Courtney, Finucane, Alan Sweeney, Gearóid O’Brien, Cillian Brennan and Darragh Bohannon have shown that they have something to offer to Clare’s league campaign, which starts with a home game against Cavan on January 27.

West Clare native Peter O'Connell has worked for The Clare Champion for 12 years and covers everything from sport, especially GAA, news, features and has been even known to branch into the fashion scene on occasion.
@@westclarepage
Previous Jaguar Land Rover creating 150 jobs in Shannon
Next Gardaí question people after Shannon attacks