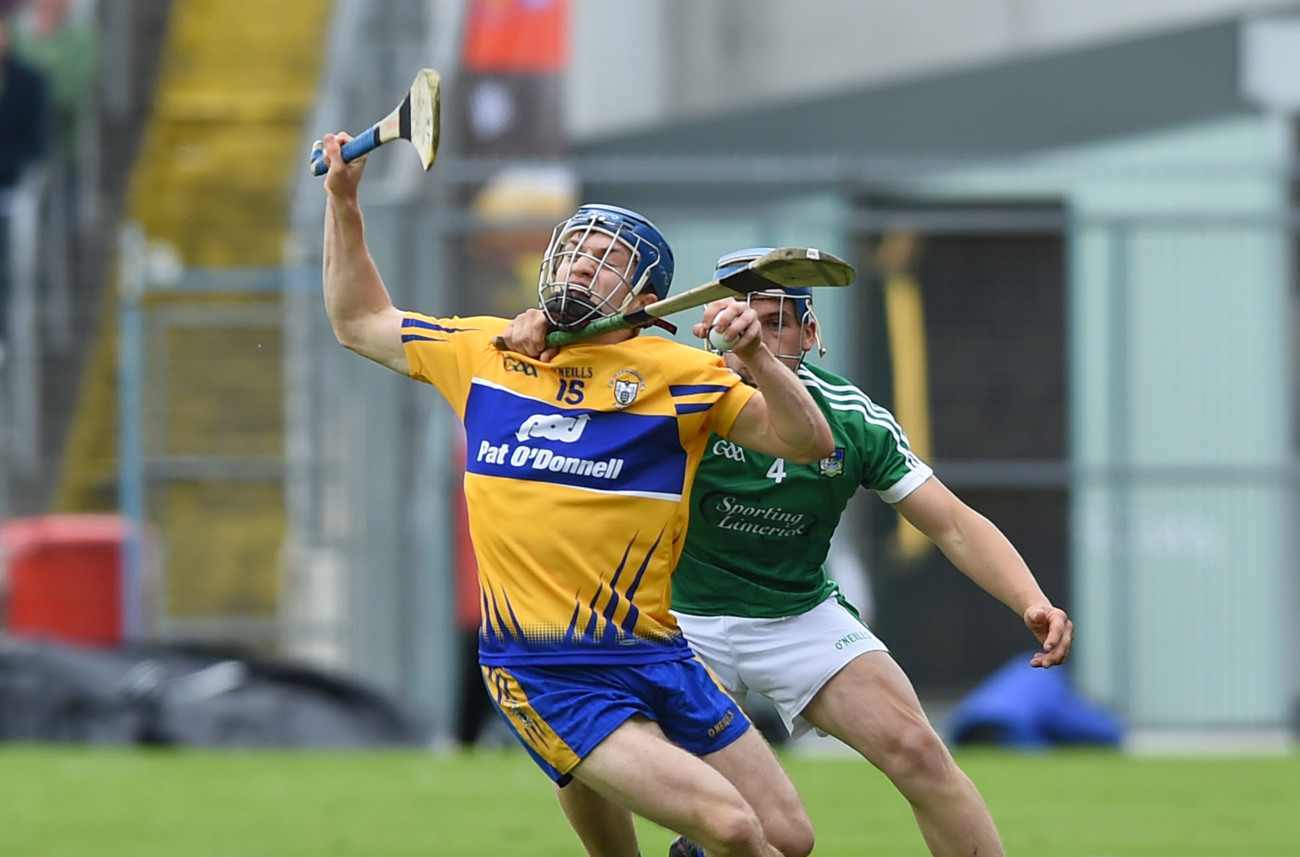 Top scorer for Clare, Shane O'Donnell in action against Mike Casey of Limerick during their Munster Championship semi-final at Thurles. Photograph by John Kelly.

Clare back in Munster final after nine year wait

Clare will contest the Munster senior hurling final for the first time since 2008 thanks to a merited win over their arch rivals Limerick at Semple stadium in Thurles this afternoon.

There can be no denying the merit of the Banner outfit’s victory but there will be concern at the manner in which the allowed Limerick close the gap on a number of occasions.

Back to full fitness having missed the league due to injury, Shane O’Donnell and Conor McGrath sparkled and between them contributed 3-5 of Clare’s tally.

Both of O’Donnell’s goals came in the opening quarter and helped Clare into an eight point lead before the twentieth minute by which time Limerick still hadn’t got a score from play.At this time it looked like Clare might pull away for an easy win but, in the space of six minutes Limerick had drawn level. They hit 1-5 without reply, their goal coming from David Dempsey and they had chances to have hit the front. Indeed Limerick will point to missed chances as one of the reasons for their defeat. They had eleven wides in the opening half.

To their credit, Clare finished the opening half strongly hitting five points without reply and after the game joint manager Donal Moloney highlighted this as one of one of the highlights in Clare’s performance. The half time score was 2-10 to 1-8 in the winner’s favour.

Limerick started the second half well with a brace of points but Clare struck for a crucial score fifteen minutes into this half when Conor McGrath flicked a Colm Galvin delivery to the net to extend Clare’s lead to six points.

A minute from the end of normal time Kyle Hayes, one of Limerick’s better players on the day, broke through for a goal but it was too late to prevent Clare from recording a merited win and a place in the Munster final on July 9 where they will play either Cork or Waterford.

In the curtain raiser, Limerick proved much too strong for Clare in the inaugural Provincial under 25 championship, winning on a scoreline of 4-18 to 0-16