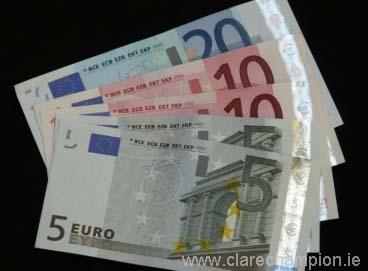 Addressing Ms Maughan, Judge Durcan said, “You receive around €55,000 a year in benefits and if you were paying tax and all of that, you would need an income of €120,000 a year”.

Judge Durcan continued, “People are always complaining that the level of social welfare payments are inadequate – that is a political view – and the court cannot comment on something like that otherwise than to note.”

Solicitor Tara Godfrey said the payments are required for the care of six children. Ms Maughan receives benefit payments concerning her own four children, along with two other children she is guardian of.

Ms Maughan was put forward as a bails person for her brother Darren Maughan (26), who was on remand in prison but required an independent surety for his conditional release on bail.

Ms Godfrey provided details of the individual social welfare payments that Ms Maughan receives, including €358.20 in a weekly carer’s allowance; €352 in a guardian payment, monthly child benefit payments of €840 and a monthly domiciliary care allowance of €309. In addition, she receives €3,400 annually in a respite grant, as she is the carer of two children who are not her own.

He said she is clearly burdened by huge responsibility and “it  seems to me inappropriate that she should now be burdened with the danger of losing any of that money”.

“I refuse to accept this lady as surety by virtue of the nature of her payments she receives; that she hasn’t produced a verifiable bank account and it is unfair on someone who has the burdens she has in life should have the added burden of providing surety.”

Judge Durcan said the two applications for independent surety over Tuesday and Wednesday are a lesson for those looking to find out more about payments by the Department of Social Protection.

Ms Godfrey, however, said the system is something that the country should be proud of and “we are not on food stamps like Mr Trump”.

Darren Maughan will be able to take up bail and be released from Limerick Prison.
At Ennis District Court last week, gardaí had objected to Mr Maughan obtaining bail after claiming that he was part of an alleged “drug-related feud”.

Mr Maughan, of Stonecourt, Drumbiggle was before the court on three charges of criminal damage on January 11 at Waterpark, Ennis. Ms Godfrey denied that her client was part of any feud.

She said, “Certainly we’re not agreeing to that at all. We would say it is possibly gossip or hostile intelligence from someone….We’re not part of a feud”.

At Kilrush District Court on Tuesday, Judge Patrick Durcan calculated that Mary Maughan receives €55,000 a year on various State benefits.
Previous ‘Morally obliged’ to disobey drug laws
Next Bugler lays it all out