Home » Regional » East Clare » Churchill all decked out for Christmas 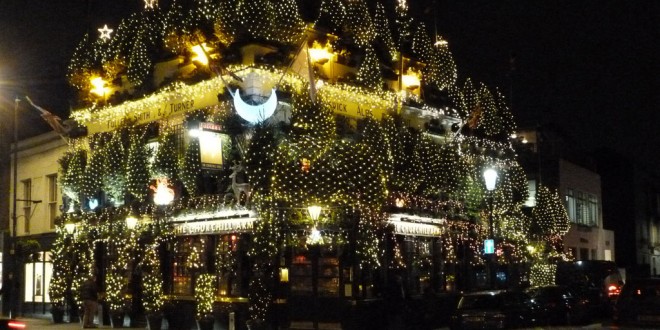 The Churchill Arms with its blanket of Christmas trees

Churchill all decked out for Christmas

APART from the obvious name association with one of Britain’s most famous politicians, the Churchill Arms in Kensington has become a landmark pub due to its multi award-winning floral displays.

The man responsible is green-fingered landlord, Gerry O’Brien, from Ogonnelloe, who pays great attention to detail in the distinct appearance of his London pub, both inside and out.

Gerry’s dedication to running a good house is surpassed only by his passion for flowers. Throughout the year, he has tubs, pots and window-boxes, from the pavement to the roof top, full to overflowing in a blaze of colourful flowers.

In summer, when the flowers at the Churchill Arms are at their best, it is a wonderful sight to behold and one which has earned Gerry numerous awards. His most recent is from a London licensing trade magazine, Time Out.

In recent weeks, with the winter taking its toll on the displays, Gerry put Plan B into operation. With the flower containers taken away for replanting for next season, he had them replaced with more than 60 Christmas trees, wrapping the building in three tiers.

Of course, Christmas trees wouldn’t be anything without being properly illuminated and Gerry has them cloaked in a modest 14,500 lights. And, if the trees were not enough to grab people’s attention, a number of reindeer and half moons also form part of the display.

“I was delighted that the mayor of Kensington and Chelsea, Cork woman Maighread Condon Simmonds, took time out of her busy schedule to officially switch on the lights at the Churchill Arms,” said Gerry.

“She even did the countdown, ‘a deich, a naoi, a hocht’…as Gaeilge, which was nice to hear,” he added.

Always in the news, Gerry’s pub is to feature in a documentary made by famous gardener/horticulturalist and broadcaster, Alan Titchmarsh. Airing at 8pm on ITV on January 6, it is one of the segments in a series filmed to mark the 50th anniversary of the start of Titchmarsh’s career, which has earned him a household name.

Always a proud Clare GAA man, as evidenced by the photos, flags and souvenirs in his pub, Gerry is looking forward to greeting the All-Ireland U-21 hurling champions when they visit London in January.

“I’ve followed these lads and they’re really special. I’ve great hopes for Clare hurling with the likes of them. It is great for Clare people living in London and elsewhere in the UK to see what they have achieved and to say that they know their clubs or their families,” Gerry concluded. 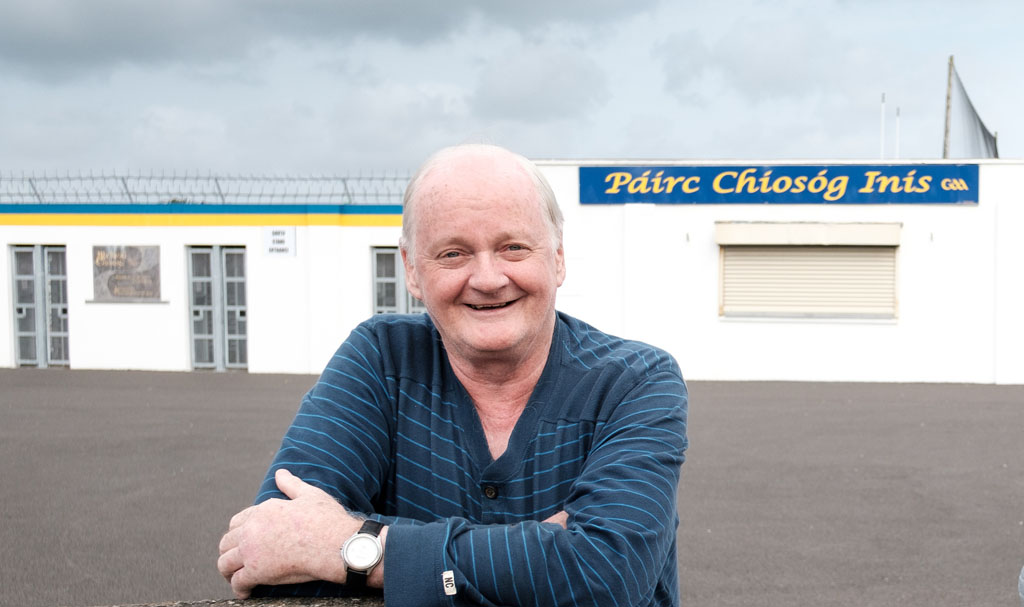